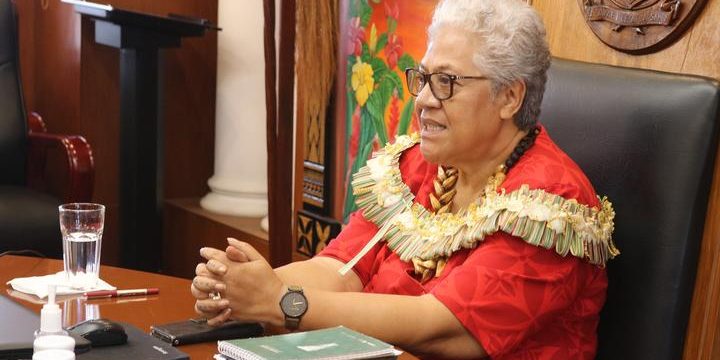 RNZI: Samoa’s new prime minister has opted not to proceed with a China-backed port development project championed by her predecessor.

Fiame Naomi Mata’afa said the $US100 million ($NZ139m) project would have significantly added to the country’s exposure to China which already accounts for 40 percent of its external debt.

The proposed construction in Vaiusu Bay has been a divisive issue in Samoa, playing a part in April’s national election where long-serving leader Tuilaepa Sailele Malielegaoi lost his parliamentary majority.

After a protracted impasse following the election, in which Tuilaepa’s HRPP administration refused to concede defeat until legal avenues were exhausted, the new government of Fiame’s Fa’atuatua i le Atua Samoa ua Tasi (FAST) party was confirmed late last month.

The Vaiusu Bay port project was one of the early items on the FAST government’s agenda. According to Fiame, the project would increase debt exposure to China by 70 percent.

She said government officials confirmed last week the project had not gone beyond feasability testing and that it exceeded Samoa’s requirement.

“We’ve indicated to Foreign Affairs that this would not be a priority with our government, and since we haven’t made any firm commitments, that we should leave it at that.”

She said the cancellation of a key China-funded maritime port project will not hinder the strong relationship with Beijing.

Fiame said the investment was a sizeable one for any government including China, and she had serious reservations about that level of commitment.

“It could have been any other donor. So just on the pure numbers and also in terms of the priorities of our government, it is not a priority to us. And thank goodness the negotiation had not arrived at the point where our government has signed on any dotted line.”

Fiame said the door remained open to Beijing and all aid partners for future projects of clear benefit to Samoa.