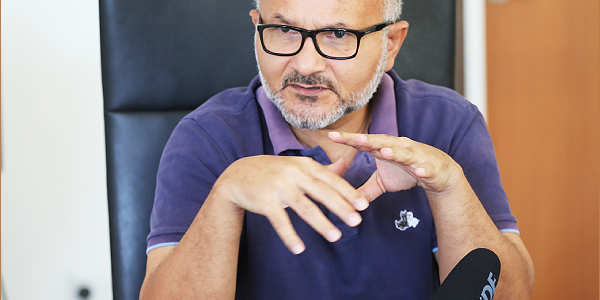 In a statement, Friday, Hon Wale said what the Prime Minister and his Government is doing is pushing people’s tolerance to their limit by being insensitive to their views.

Hon Wale said any sensible person would recognize that such an action by the Prime Minister and his Government is threatening national unity in the country.

“How is such a decision in the best interest of the nation?” the Opposition Leader questioned.

He said the Government’s disregard for public views & opinions is adding more wood to the fire and further stretches public distrust to the Prime Minister and this Government.

“Clearly the issue of China is still an unsettled situation in our country because of the geopolitics involved. Yet the PM seems bent on aggravating this situation as reflected in this draft MOU,” he said.

Hon Wale adds the proposed MOU is also an example of how Pacific Islands have tried to balance this ocean of external interests with their own.

Critiquing the purpose and content of the draft MOU, Hon Wale questioned ‘what security benefits can be gained from this agreement with the PRC that cannot be provided by Australia, New Zealand & other regional friends?’

The Opposition Leader said it is preferable to enter into security agreements only with likeminded democracies at this point in time.

“This is because, firstly, the system of Government in the PRC is not familiar to Solomon Islands, and secondly, Solomon Islands itself does not have the capacity to manage such an agreement with the PRC,” he said.

Hon Wale said the continuous display of irresponsibility is neither good nor in the national interest of this sovereign country.

The Leader of Opposition said Solomon Islands as a sovereign nation should make its decisions in tune with our national interest.

He said this includes the sovereign choice to be aligned with any power or alliance globally.

However, Hon Wale insists that sovereignty does not operate separately from sensibility and sensitivity when it comes to what is best for this nation.

“For long, the Pacific has had to navigate the different waves of geopolitical narratives that has washed over its shores,” he said.