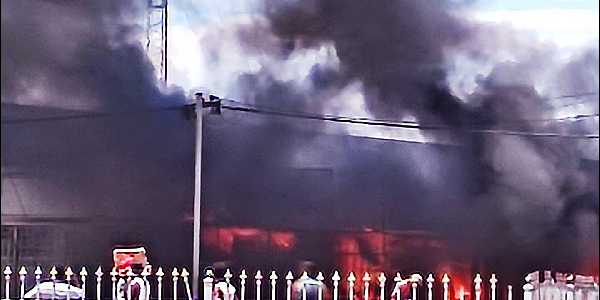 THE man who looted the Uncle Alick Shop before it went into flames and breached the curfew during the unrest last November has been sentenced to one year and two months in prison.

Principal Magistrate Felix Hollison also ordered that the items or properties recovered from the accused to be returned to the Solomon Islands Chinese Association (SICA).

The 30 year-old was sentenced after he entered guilty pleas to the charges of simple larceny and restriction of movement of persons in Honiara.

Mr Hollison in his sentencing remarks said to commit theft and other offences under the guise of political expression cannot be accepted under any circumstances which only makes our country poorer.

“In addition to that, we should bear in mind our civic duties as responsible and law abiding citizens,” Mr Hollison said.

On 26 November 2021, at about 7.30pm the defendant was seen by Police Officers who were manning the Prime Minister’s residence at Lunnga area, walking along the Lungga main road.

The defendant’s place of residence is at Samlinsan area in Henderson.

He was halted for breaching the curfew and was found with few items such as speaker, a packet of cigarette and a lighter that he looted from Uncle Alick shop opposite the King George VI School at Ranadi Industrial area.

Police recovered the items from him.

He had admitted to police that he committed theft at the Uncle Alick shop which he stole the items and then walked in an easterly direction heading to his place of work when he was arrested.

The defendant at that time worked as a part-time security guard at a shop in Henderson.

The curfew was issued following the three days of unrest in the capital from 24 November to 26 November 2021, which saw a number of business houses and shops looted, destroyed and burnt to the ground.

The curfew was later revoked on December 10.