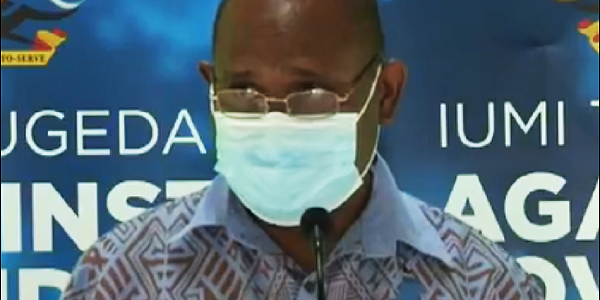 THE country as of Tuesday recorded 183 new positive Covid-19 cases and one death for the last 24-hours, ending mid-day Tuesday.

This was confirmed by the Minister of Health and Medical and Services, Dr Culwick Togamana in his weekly Covid-19 update.

He said about 107 which were reported earlier, 26 for Malaita, 17 for from Guadalcanal province; hence the total positive cases count now stands on 7258.

“With our provincials update today, I regretfully to inform our good people at Renell and Bellona province that a following Covid-19 testing on Monday, 12 cases have been detected for 22 sample which have been taken.

“All these cases were from Bellona; therefore, community transmission is now confirmed within the island of Bellona, Renbel province,” the minister said.

The province is now joining the rest of our provinces, except Temotu province, he added.

He said contact tracing and swabbing were now underway in Bellona.

He said for the last 24-hours, one death has been recorded in Isabel province bringing a total Covid-19 deaths in the country to 106.