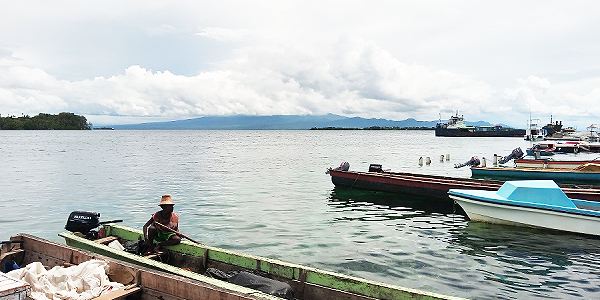 Western Provincial Tourism Division has received the sum of $1 million dollars support from the Solomon Island Government (SIG) to boost up its tourism activities in Western Province.

The $1M will be projected under a Cruise Ship Jetty Project that will be carried out later sometime this year in Gizo at the provincial capital western province.

According to the Minister responsible for Culture and Tourism, in his Motion Sine Die speech on Monday 23rd January 2023, MPA for ward 4, north Rannoga, Hon. Ronnie Kituru Ghemu said that the SIG has allocated a 1M cruise ship jetty project for Western Province.

‘’Our economy will soon come to rely on the fruits of our efforts in growing tourism, there is an urgency to now put the necessary building blocks in place ‘’ Ghemu said.

‘’You will note that the tourism division has been silent since covid-19 has brought the industry to its knee and my division has no budget allocated to carry out any activities this financial year.

‘’I look forward to an exciting period ahead working and growing this most opportunity for all of our futures and my division will carry responsibilities and functions laid upon our shoulders thoroughly to serve our people and accelerate,’’ he  said.

However this paper understood that the 1M allocation for the Tourism Division was also included in the  2023/2024 current budget.

It is said that the upcoming Cruise Ship’s jetty will be constructed in front of the Gizo Market Jetty wharf.

The date to implement the project is still unknown.