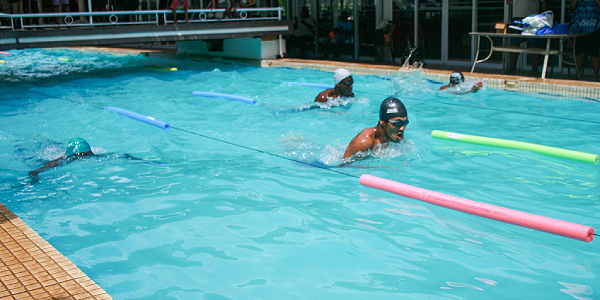 A total of 20 swimming athletes have qualified for the Solomon Islands Swimming Federation (SISF) National Swimming Championship in Honiara next month.

National Swimming Coach Stance Beulah Sanga confirmed the 20 swimmers which include both men and women were selected from a two day qualifying time trials held at the Honiara Hotel pool.

The 20 swimmers were selected out of 29 swimmers who attended the trials.

“Twenty swimmers have qualified for the national swimming championship.

“They have clocked impressive times and are expected to make the championship an exciting event to watch,” he said.

Coach Sanga revealed some of the swimmers who have qualified have also clocked their new Personal Best timing.

The two day trials ended with a brief prize presentation to the winners.

The SISF National Swimming Championship will be held next month on a date yet to be confirmed.

Since there is no proper swimming pool to host the championship, SISF will host the event at the usual training venue at the Marine School Beach.

The event will be used to select the country’s training squad for the Pacific Games next year in Honiara.