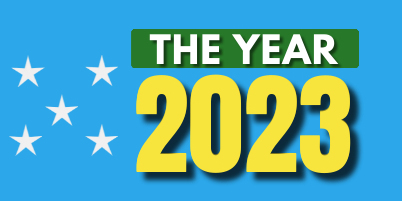 In the education sector giants have passed on yesteryear just
As the dawn of 2023 rays are about to glow over the eastern horizon
With the dept of knowledge, strategies yet to be documented on the paper
Remembering that for each thesis a concept must be developed defended

The leaders planning and budgeting for a new chinatown the centre of politicking
In the Country called the Solomon Islands in the name of the wise
But populated by the most rugged ruffians on earth for where else
Could the devil landed when thrown from heaven to the earth?

Here comes 2023 with its challenges and resolution for a new Solomon Islands.