$3B PAID, NO PROGRESS 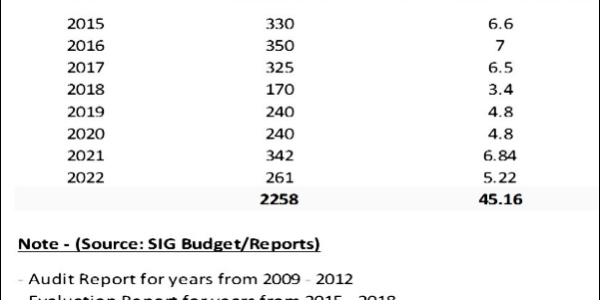 This means that each Constituency received some $45.16 million in that eight-year period.

The source for these figures is the Solomon Islands Government Budget and Reports as shown in the table below:

The figures also show 2018 to be the lean financial year when the 50 Constituencies shared only $170 million or $3.4 million per Constituency.

The figures also show that 2016 was a bumper year. Each Constituency received $7 million in RCDF grants funding – the highest amount since the RCDF grants were introduced several years earlier.

Not to be outdone, this year is shaping up to be a good year for Constituency funding. To date – just seven months into the year – and MPs have already shared $261 million in RCDF grants funding or $5.22 million for each Constituency.

What they will get in the end will be anybody’s guess.