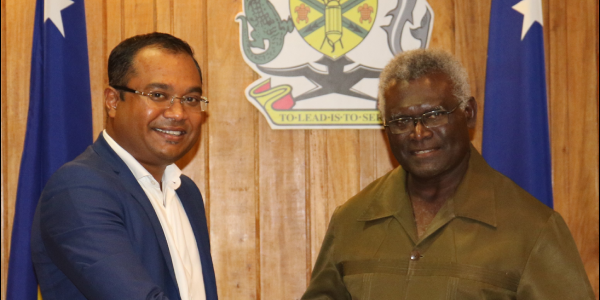 DESPITE being looted and damaged during last November’s riot and looting in Honiara, Solomon Islands Tobacco Company (SITCO) has affirmed that it will bounce back.

“The November looting was a huge setback and SITCO losses more, which amounted to more than SBD$48 million and counting as assessment continues.” said GM Kazi.

He said, whilst the hardship faced is immense, SITCO is resilient and with government support, it will bounce back.

Despite the heavy losses, Mr. Kazi thanked the government for continued efforts in keeping communities COVID free and providing security through joint forces which is necessary for business confidence and investment to repair and recuperate from the November riots.

“SITCO has operated in Solomon Islands for more than 50 years and has paid more than One Billion dollars in taxes directly to the government over the last 4 years,” he stated.

The General Manager said, recently the company has invested in machinery upgrades amounting to more than $25 million.

The company takes pride in its local talent and were recently recognized with external awards on talent and diversity by the Solomon Islands Chamber of Commerce & Industries (SICCI).

“SITCO would like to thank the Ministry of Finance for facilitating inter Ministry discussions to support operational readiness. We would like to thank RSPIF and Joint Forces visit and briefing to our staff giving us much needed assurances on sense of security, Customs support on stock takes and guidance to restart operations in a timely manner, and Foreign Affairs and Ministry of Commerce for visiting the factory straight after the looting incident. ”

Prime Minister, Manasseh Sogavare in his response said he is encouraged by SITCO’s resilience despite the damages done during the riot and challenges faced in its aftermath.

“We will stand with you and others who were adversely impacted by the riot,” said the Prime Minister.

Prime Minister Sogavare assured GM Kazi, he will do everything under his power to ensure a conducive business environment for good corporate citizens like SITCO and others.

The Prime Minister reassured SITCO that National unity and law and order have been restored but investigations are continuing and the perpetrators will be arrested.