Pacific: Forum leader Henry Puna ‘not privy’ to talks about his future 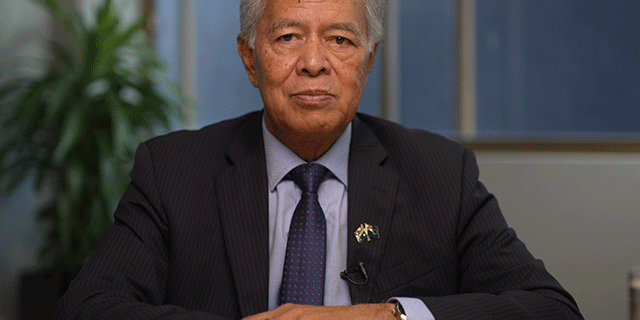 Secretary-general of the Pacific Islands Forum, Henry Puna, has said he was “not privy” to discussions about his future as top diplomat of the region.

It comes as Puna condemned the attacks on Ukraine by Russia, saying he was “very concerned” about the escalating war.

“That’s why our leaders have come out very strongly in condemning the aggression by Russia,” he said.

“Individually, we’re nothing we’re so tiny, nobody will take notice of us.

“But we have stewardship of 40 percent of the Earth’s surface, and so our voices matter as a collective”

Puna said he was not involved in conversations around the future leadership of the Forum.

But the President of the Federated States of Micronesia said his country had paused its withdrawal from the Pacific Islands Forum as they expected the current head, Cook Island’s Henry Puna to step down in June.

“We’re all keen to preserve and maintain the unity of the forum, whatever it takes,” Puna said.

“The Micronesian countries have signalled their intention to defer their withdrawal from the forum, and that gives us plenty of time now, hopefully, for some face to face discussions.”

But, Puna said he was not against considering stepping down for the future unity of the Forum.

“If that is an option for maintaining the unity and solidarity of the region, and the Forum family, then of course, it’s worth looking at,” said SG Puna .