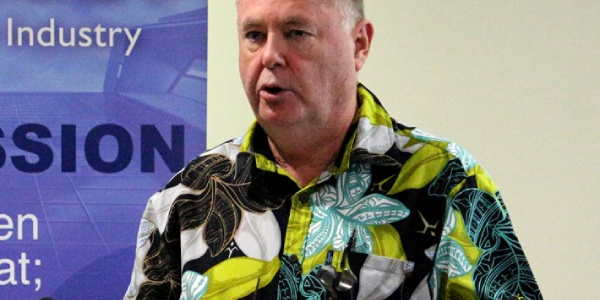 Comptroller’s contract to come under scrutiny

JIM Sutton’s multi-million dollar contract as Comptroller of Customs will come under the scrutiny of the Public Accounts Committee (PAC) when it meets next week, sources told Solomon Star yesterday.

Central to the PAC investigation is why Mr. Sutton’s engagement has commanded nearly $5 million annually in tax-free salary and an additional monthly COVID-19 allowance, in addition to other perks such as hotel accommodation and a G-vehicle for his use.

The forth night salary is 20 times more than the Super Scale 3 (SS3), the salary scale for the Comptroller of Customs in the Public Service establishment.

Mr. Sutton also receives a monthly COVID-19 allowance of $156, 389.34 or $1, 876, 672.08 a year. Despite being without a contract in January, he received two fortnightly salary payments totalling $201, 760 in January. He received a similar amount in February even before he signed the three-year contract on 28th February.

“What the PAC would be interested in is what Mr. Sutton has contributed to this country in the past three years, which attracted the government to re-engage him,” sources said.

The PAC, already one week behind schedule, is due to meet next week to scrutinise the Government’s $4 billion-plus budget

There was no response to our email.