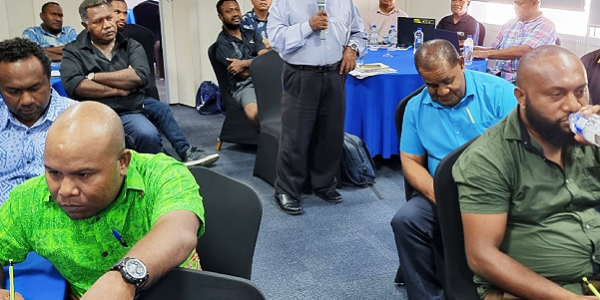 DISCUSSIONS on corruption dominated the pre-Pacific Media Summit, which kicked off in Honiara, Monday.

The Role of the Media in investigating the Management of Public Resources was one of two workshop sessions, held simultaneously at the Heritage Park Hotel. A Roundtable for sports journalists and preparation for the 2023 Pacific Games was the topic for the second group.

Discussions on the Role of the Media in investigating the Management of Public Resources preceded a brief introduction by UNODC’s Marie Pegie Cauchois, the regional anti-adviser on corruption, based in Fiji.

The week-long Summit, jointly sponsored by the Pacific Islands News Association [PINA] and the Media Association of Solomon Islands (MASI], is the first to be held in four years since travel restrictions brought about by the COVId-19 pandemic forced organisers to cancel the annual gathering.

A highlight of the Summit which continues today is the official opening ceremony this evening (Tuesday).