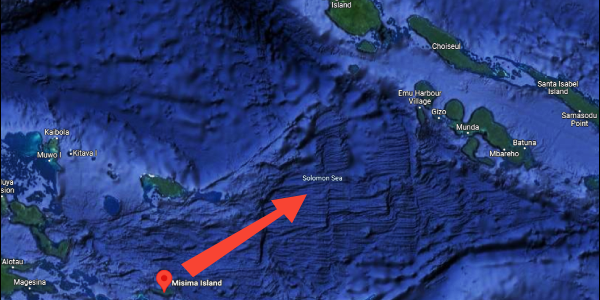 A FISHING boat with a Chinese captain from the Taiwan Province of China and mariners have rescued nine people on a small craft which has been drifting in the open sea after a ferry capsized twenty (20) days ago.

A Solomon Islands rescue picked up the nine people around 3:30 am on Sunday morning and was returning to Honiara, Sunday.

The initial sighting of the life raft was made on Friday 25th February near Solomon Islands waters at the location East 157°44′ South 11°48′.

The passengers – six male and three female – are from Misima Island in Milne Bay Province on the southern tip of the Papua New Guinea mainland.

“They are safe now. They have traveled on a PNG ferry boat which capsized earlier on. The 9 people are believed from Misima of PNG, a Chinese Embassy official told Solomon Star on the weekend.

“They are waiting for rescue team,” the statement said.

“A Chinese mariner made an urgent phone call to the Chinese Embassy in Honiara in the first place for emergency rescue. The message for search and rescue was immediately conveyed to the Ministry of Foreign Affairs and Trade, the Office of the Prime Minister and Cabinet, the Royal Solomon Islands Police Force and the PNG High Commissioner in Honiara,” the official said.

“Our thoughts and blessings are always with those PNG brothers and sisters in this time of need. We hope this joint action to rescue PNG nationals by both the Chinese and Solomon sides could be taken as an example of friendship and humanity among Chinese people and Pacific Islanders,” he said.

Further information from the initial rescue can be obtained by calling the INMARSAT telephone number of the Chinese ship 00881651435863 (can dial directly). The interphone channel is 105168 and channel 16.