A passion to save lives 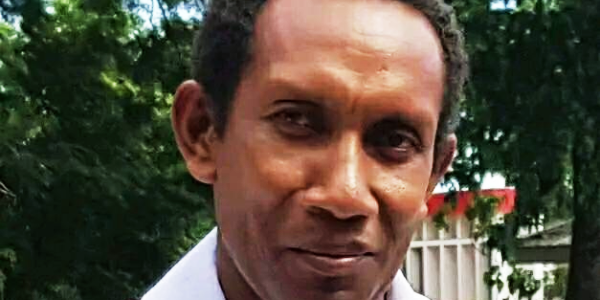 This is because of the notion that nurses are only for females. Not only that but during his childhood days he saw that most nurses are females.

However, growing up and attaining his education, the lad from Malaita and Western Provinces was inspired by his late mother and wanted to become one.

He never regretted that decision to follow his mother’s advice.

Now as a qualified nurse, he never looked back in his career in the field of medical.

More than 20 years on in this profession and Mr Tagini said his passion to help and save lives still lingers.

He said his work as nurse has its own achievements and challenges.

Mr Tagini said being a nurse is rewarding because of his service to the sick.

“You are satisfied when you help someone who is sick recover,” he said.

In the current 21st Century the demand for health services continue to rise given the increasing population. This means the number of diseases also rises.

An emerging trend is the increasing rate of Non-Communicable Diseases (NCD) in the country and the region.

NCDs are attributed to our eating habits and changing lifestyles as many people depend on processed food and junk food.

These growing diseases are putting a burden on our health resources as health authorities worked to ensure health services continue to meet the demands of our growing population.

Not only that but our nurses too are forced to work harder than ever before because of the demands of those with NCDs.

The outbreak of COVID-19 as a global pandemic over the past two years had also stressed our health services.

The outbreak of COVID-19 community transmission in January this year forced our nurses and health workers to work harder – going the extra mile to ensure our health services continue to operate.

This did not mean that our nurses or health workers are immune to diseases, in fact many were infected with COVID-19 and had to take time off work.

These are few of the many experiences our health workers including Mr Tagini had as a nurse.

As the country joined the globe in commemorating International Nurses Day, Mr Tagini too was among those who commemorated the day in reflecting on his work.

He told Solomon Star that International Nurses Day is an important day for him and his colleagues.

“It is a day we nurses reflect on the birth of nursing and redirect our focus in improving nursing globally message is to continue to uphold our nursing pledge and deliver nursing activities in a professional manner as expected by people,” he said.

Following the COVID-19 outbreak there are number of challenges he and his colleagues have faced when carrying out their duties.

This ranges from staff shortage after some staff contracted the virus and had to remain in isolation.

This forces those nurses not infected to overwork and stress out as they worked to ensure services at the clinics, hospitals, quarantine centres, and isolation wards continue to function.

However, he paid tribute to all the nurses for standing strong and united to continue to serve this nation.

Mr Tagini said many have sacrificed their time and energy by leaving their families to serve this country during that period.

“Many nurses have been separated from their families for weeks and months to work as frontliners and serve the country,” he said.

He said the COVID-19 outbreak also highlighted the need to recruit and engage more nurses.

“Nurses are needed especially during outbreaks and also in anticipation of future outbreaks,” he said.

Its understood government has fast-tracked the recruitment process for newly graduated nurses to fill in the gaps.

A number of retired nurses were also re-engaged to help out.

Others who recently returned from Vanuatu were swiftly re-engaged as well.

Mr Tagini, who is the second in the family of five (two sisters and two brothers), said despite the challenges they faced in terms of their working condition and welfare most nurses have been working patiently.

“We are working so patiently till now especially since our Nursing Association has been suspended until today,” he said.

“I also believe our nurses are treated fairly in the local context in terms of their working conditions and welfare.”

He described government’s support to the health sector as ‘fair enough’ but there is a need to improve health infrastructures such as clinics and hospitals in both the urban and rural centres.

“Since we are slowly developing, health infrastructure needs to be upgraded to another level.”

Since the COVID-19 outbreak the government recognised this need and has upgraded some of the rural area health centres and hospitals.

“We need more nurses,” he said in light of growing population and experienced nurses going overseas to work and others ready for retirement.

Minister of Health and Medical Services Dr Culwick Togamana in parliament more than a fortnight ago highlighted that there is need for more nurses given the COVID-19 crisis.

Mr Tagini said he is now planning to go on early retirement after all his efforts and plans to go for further studies fail to materialize.

“I plan to go for further studies but I was not given any opportunity to go further so now I’m planning for early retirement,” he said.

His journey to become a qualified nurse started at Atoifi School of Nursing from1996 to 1998 where he got his Certificate Nursing, then on to SICHE Nursing School from 2003 to 2004 to get his Diploma in Nursing.

He acquired his Bachelor Degree in Nursing from the University of Papua New Guinea (UPNG) Medical Faculty from 2007 to 2008.

He did his probation as a nurse in 1999 and a year later became a registered nurse (RN) in 2000 at the height of the ethnic tension.

Over the years he worked at various clinics and hospitals.

In 2000 after becoming a RN he was posted at the National Referral Hospital (NRH) and was reassigned to work under a number of Honiara City Council (HCC) operated clinics from 2001 to 2022 such as Kukum Urban Health Centre, Rove, Vura and Mataniko.

He is now based at Naha.

His specializes in the field of Community Health Nursing. He has also worked as leprosy program coordinator.

As an influential and outspoken leader Mr Tagini was sidelined by the government for 12 months following a sit-in strike by nurses in Honiara over outstanding allowances.

However, he was recalled by government in November 2021 and continued to serve the government especially in the fight against COVID-19.

Looking back in life and his journey to where he is now, he wishes to acknowledge and thank his family and close friends including Honiara International Medical Center for their support and for being there for him when he was down.

In light of the second wave of COVID-19 infections in the country, he wishes to say this to those who are still undecided with getting vaccinated;

“We want all unvaccinated people to get vaccinated as it is the only solution to combat this deadly virus.”

He then wished all the nurses in the country all the best in their work this year as they continue to serve accordingly based on the pledge that they have promised to follow when signing up to be a nurse.

The ceremony coincided with the International Nurses Day 2022.

Permanent Secretary of the Ministry of Public Service, Nego Sisiolo reminded them that nurses must be willing to be deployed to rural areas.

“As we are always told, 80 per cent of the population are rural dwellers. In ensuring that health services reach them, nurses must be willing to be deployed to those areas.”

Mr Sisiolo echoed this because there are reports of increasing hesitancy for postings to provinces.

While congratulating the nurses, Sisiolo encouraged them to ensure that health services are delivered to the population.