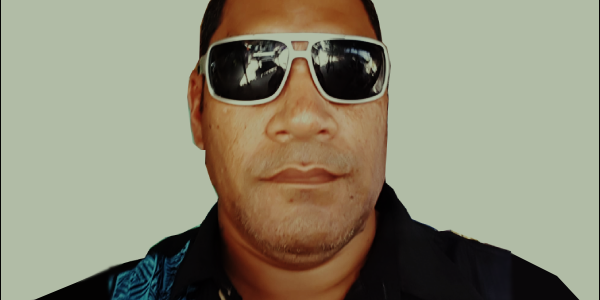 POLYCARP PAEA – the Assistant Deputy Commissioner (Acting) of the Inland Revenue Division [IRD] who has been accused of being involved in the illegal harvesting of bechedemer in Malaita Outer Islands (MOI) is on the radar of law enforcement agencies.

A private shipping company has called for Mr. Paea’s “suspension, investigation and termination” in a letter dated 25th August 2021.

The Solomon Star has sighted a copy of the five-page letter.

“Solomon Islands as a sovereign nation does not need public officers who breed corruption under the cover of their official capacities,” the letter said.

The letter gave details of an incident in March this year when the Ministry of Police, National Security and Correctional Services (MPNSCS) chartered a boat from a company called Reta Shipping and Charter.

It was to take the body of a female officer of the ministry following her death in Honiara.

The Ministry raised $60, 000 for the charter to Tawaimare village in West Are’Are, Malaita Province, where the woman came from, according to the letter.

“Pursuant to our charter agreement, the MPNSCS raised the sum for the charter in favour of my Business Name and paid same into its account with the ANZ Bank.

“As I went to withdraw the money to prepare the vessel to transport the deceased’s body home, however, I was advised by the Bank to consult the Inland Revenue Division (IRD) as it had placed a hold on it (the payment),” the letter said.

RETA SHIPPING & CHARTER proprietor, Billy Lester Tagolo, said he ignored the advice based on his past experiences with the IRD.

Instead, Mr. Tagolo sought and received financial assistance from Private Medical Practitioner and businessman, Dr. Reginald Aipia, to ensure his company did not fail the charter arrangement.

“Dr. Aipia rendered me the assistance I sought …,“ he said.

On his return, Mr. Tagalo went to find out why the IRD had put a hold on his charter payment.

“On 30th March 2021 after the charter I personally went to the IRD and enquired with a female officer there on the hold on the charter payment to my Business Name.

“While she was checking to confirm what happened, I saw the above named Assistant Deputy Commissioner (Acting) of the IRD Polycarp Paea whom I recognised, entered an adjoining block within the same office and attended to another customer.

“On seeing me with the said female officer through the glass partition, Polycarp Paea signaled to her with gestures I can guess as I watched, to mean something to the effect that she should leave and allow him to attend to me.

“Exactly as I guessed by the gestures from Polycarp Paea, the female officer excused herself and told me to wait for him to attend to me,” Mr. Tagalo said.

“As the three of us sat to talk, Polycarp Paea started without asking me as to why I was there and told me that the IRD had placed a hold on the payment raised by the MPNSCS to my Business Name due to its tax arrears with the SIG and that I had to pay the sum of at least $10, 000.00 before it can be cleared.

“Polycarp Paea then went on to tell me that I should not have got involved with Dr Aipia in his fishing business at Lord Howe in the Ontong Java Atolls, Malaita Outer Islands, Malaita Province, in the first place.

“On hearing this, I recalled that about two (2) or so weeks prior to the death of the female officer of the MPNSCS, Dr Aipia under an arrangement we had used my said vessel, MV Liberty III to fish at Lord Howe for sale locally as well as  overseas to his buyers.

“Polycarp Paea then went on to ask me if Dr Aipia was also harvesting sea cucumber (bechedemer) while fishing.

“Further, that if Dr. Aipia was using my vessel to fish, he should have paid me so that I can pay up my Business Name’s tax arrears with the SIG,” Mr. Tagalo said.

Mr Tagolo said he was wondering why Mr. Paea was telling him all these “when we should have been talking about the hold on my Business Name’s charter payment.

“I nevertheless responded to Polycarp Paea that due to the financial difficulties my business faced as a direct result of the current COVID-19 pandemic, my three vessels were no longer seaworthy.

“Pursuant to an exemption, I applied for and was granted by the Solomon Islands Maritime Safety Authority.

“However, I entered into the fishing arrangement with Dr. Aipia to fish at Lord Howe for sale to earn money and make them seaworthy again.

“Otherwise I will definitely be not able to pay off my tax arrears with the SIG so our arrangement is a worthy cause for the benefit of all partners involved,” Mr. Tagolo said in his letter.

He then asked Mr. Paea what to do in order to access his charter payment.

Mr. Tagolo then wrote out a cheque payment for $10, 000 towards his arrear as Mr. Paea had allegedly told him that paying off the arrear was a prerequisite for the release of the charter payment.

“I therefore formed the conclusion that the hold by the IRD on the charter payment to my Business Name was an initiative by Polycarp Paea in his stated capacity.

“He did so with an ulterior motive to simply frustrate the business undertaking by Dr. Aipia with whom I had the arrangement to fish at Lord Howe although the charter payment had nothing to do with it …”.

“In the circumstances, I request by this letter that you have Polycarp Paea suspended, investigated on the issue and terminated accordingly if he should.

“Solomon Islands as a sovereign nation (does) not need public officers who breed corruption under cover of their official capacities. They need to be weeded out completely before the country suffers the consequences of their actions,” Mr Tagolo said in the letter.

“I anticipate your prompt action to my request and copy this letter to other government ministries including the Attorney General for their respective action.”