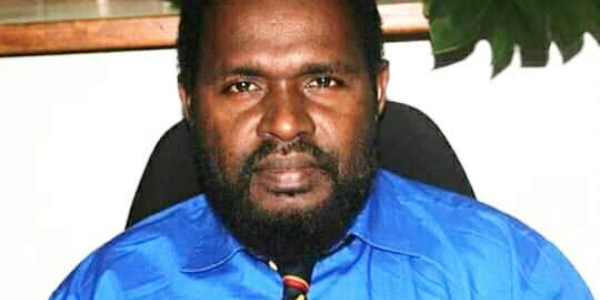 MALAITA’S Member of Provincial Assembly (MPA) for Ward 11, Elijah Asilaua has issued a verbal public apology to thousands of Malaitans in Auki this week, during a failed attempt to table a motion against Premier Daniel Suidani.

This was after angry members of the public who walked up to the opposition camp at Hotel Malaita demanding him to withdraw the motion of no confidence.

Speaking in his address to the crowd at the APS field, Mr Asilaua said seeing the crowd turn up angry breaks his heart.

He also admitted that he did not expect things to turn out that way.

He then apologized to the Malaita public for his action, as he asked for forgiveness for working against the will of Malaitans.

Mr Asilaua after consulting with MPAs in his camp issued a withdrawal notice to officially withdraw the motion of no confidence against Premier Suidani to the excitement of thousands of Malaitans who packed Auki town, Wednesday this week to rally against the motion.

He also apologized to Premier Suidani and the MARA executive before signing the letter to withdraw the motion of no confidence.

Meanwhile, Premier Suidani also issued a verbal apology to Asilaua and team for the action of the public which is proven beyond control.

Suidani then thanked Asilaua and members of his camp for the wisdom to withdraw the motion of no confidence.

Meanwhile, during the demonstration make to the Opposition Camp, some Security guards consist of former members of the defunct Malaita Eagle Force (MEF) were reported to have escaped the scene.

Prior to the motion day, a handful of members of the former MEF were seen accompanying Mr Asilaua and his men to Auki with an intention to provide security.

However, upon seeing the crowd walking up to the Hotel Malaita on Wednesday, the ex-militants were seen leaving the opposition group in a vulnerable situation.

It was revealed that MPAs from the opposition group locked them up in two rooms trying to hide from the crowd while others escaped the camp before the crowd arrived at Hotel Malaita.

It was police and Provincial  Security guards who managed to calm  the crowd down otherwise the story would turn out badly as thousands who walked up to Hotel Malaita were fueled with anger against the opposition camp and their front man.

The situation was then quietened within an hour after the motion was withdrawn.

There are also no reports of damages done to properties and lives.