AUSTRALIA COULD BE BACK SOONER THAN MANY REALISE 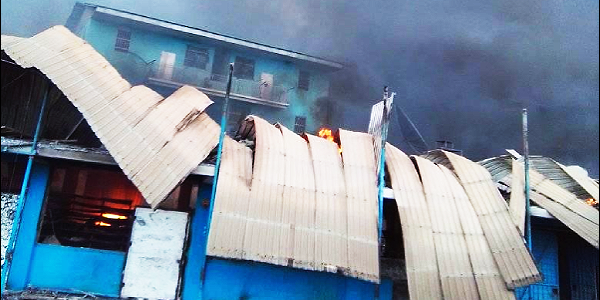 AS looting and burning of Honiara continues unabated for the second day running, there are suggestions the Government could invoke provisions of a bilateral security treaty Prime Minister Manasseh Sogavare signed with Australia in 2017.

Neither the Australian High Commission in Honiara nor the Office of the Prime Minister could be reached for comments yesterday.

But those spoken to yesterday suggest the time has arrived to consider asking Australia for assistance under the new security treaty both governments have signed.

The treaty allows Australian police, defence and associated civilian personnel “to deploy rapidly to Solomon Islands if the need arises”, according to a statement issued by the Australian Department of Foreign Affairs and Trade on 5th January 2017.

Mr. Sogavare signed the treaty with the then Australian Prime Minister Malcolm Turnbull during an official visit to Canberra in August 2017.

Mr. Turnbull who has since been removed from office gave some details of the treaty.

“It will enable defence, civilian and civilian personnel to deploy operationally in emergency situations to provide security or humanitarian assistance at the Solomon Islands Government’s request”.

“The new security treaty is one of a number of measures aimed at assuring the Solomon Islands Government and its people that while RAMSI has ended, Australian assistance will continue.”

RAMSI finished at the end of June 2017 after a 14-year, $3 billion effort to rebuild the country after an outbreak of ethnic violence in the late 1990s caused a breakdown in law and order.

Mr. Turnbull told Parliament at the time, RAMSI was a success.

“In 2017 we see a very different Solomon Islands. It enjoys what is by global standards a very low crime rate, it has a high quality police force, Solomon Islands markets are bustling, children are back at school, and medicines are available.”

While most Solomon Islanders agree RAMSI was a success, many are also nervous about their country’s future, according to a report published by the Australian Broadcasting Corporation (ABC) at the time.

In June, some of them told the ABC they believed the ethnic tension that led to violence in the past could easily resurface, and they doubted the local police force could maintain peace and stability.

The looting and burning of public buildings continued overnight, despite pitch battles fought between riot police and protestors.

At Lunga, a foreign-owned shop which sells boats and outboard motors was razed by fire early this morning as stone-throwing rioters fought a pitch battle with riot police

By afternoon the looters descended on Chinatown, burning and looting shops and carrying television sets, foodstuffs and chain saws

They returned to Ranadi in east Honiara midafternoon, setting ablaze shops opposite the Marine Training School. They reportedly broke into the BSP bank branch at Ranadi and were walking towards the Island Enterprise by the time of preparing this Report.

Honiara is again bracing for a night of terror.