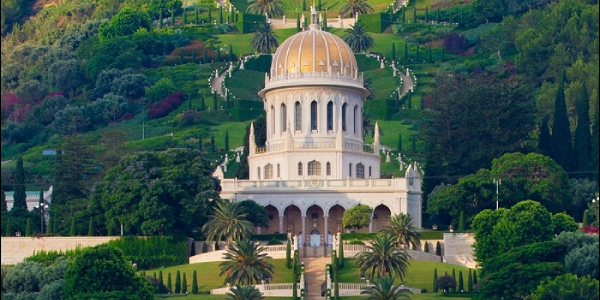 BAHA’IS of Solomon Islands will mark the 100th Anniversary of the Ascension of Abdul Baha this coming Saturday.

The centenary celebration will be commemorated in each cluster of the province and sectors in communities across the province.

During this event all the Baha’is around the world will observe the celebration on Saturday 27th November.

Abdul Baha is the son of the founder of the Baha’i Faith, Baha’u’llah. Before he died in 1892, he assigned his son to become the interpreter of his teachings and leader of the faith.

“Abdu Baha led a life of service and dedication to his father’s teachings of loving kindness and unity. He is an aspiration to the millions of people worldwide who are honoring him now, 100 years from his passing,” said one of the Baha’i members in Gizo.

In His Most Holy Book, Baha’u’llah established a covenant with His followers, enjoining them to turn, after His passing, to ‘Abdu’l-Bahá, Who He describes as “Him Whom God hath purposed, Who hath branched from this Ancient Root.” ‘Abdu’l-Bahá’s authority as the “Centre of the Covenant” was also established in other texts, including Baha’u’llah’s Will and Testament.

From the time of Baha’u’llah’s passing, ‘Abdu’l-Bahá oversaw the spread of His Father’s Faith to new territories, including North America and Europe. He received a steady flow of pilgrims from both the East and the West, carried out an extensive correspondence with Baha’is and inquirers in all parts of the world, and lived an exemplary life of service to the people of ‘Akká.

Baha’I Faith is an independent world religion originated in Iran in the 19th century. In less than 200 years, it has become a universal faith for over 5 million people in every corners and countries of the world.

In his writings, Baha’u llah outlined a framework for the development of a unified society which considers both spiritual and material dimensions of human life.

The main theme of Baha’u’llah’s message is the unity and oneness of humankind. He taught that there is only one God, that the entire world’s religions represent one changeless and eternal Faith of God and that all humanity is one race destined to live in peace and harmony.

The Baha’I Faith provides a structure through which universal peace can be obtained and established in this age.

When He passed away at the age of 77 on 28 November 1921, His funeral was attended by 10,000 mourners of numerous religious backgrounds.
In spontaneous tributes to an admired personality, ‘Abdu’l-Bahá was eulogized as one who led humanity to the “Way of Truth,” as a “pillar of peace” and the embodiment of “glory and greatness.”

‘Abdu’l-Bahá’s mortal remains were laid to rest in one of the chambers of the Shrine of the Báb on Mount Carmel.

During the ascension day, all the Baha’i believers will say prayers, reading the history of Abdul Baha and conducting of various singing and dancing entertainments.

For Baha’i Communities in Gizo, Western Province, it will be held at the Jah Mountain which will include a combine sectors from New Mandra, Titiana, Nusabaruku and Babanga, other islands will also observe that day.

Honiara communities will also observe and celebrated the big at the Baha’i Centre opposite St Nicholas School.