Battle of Guadalcanal 80 years on 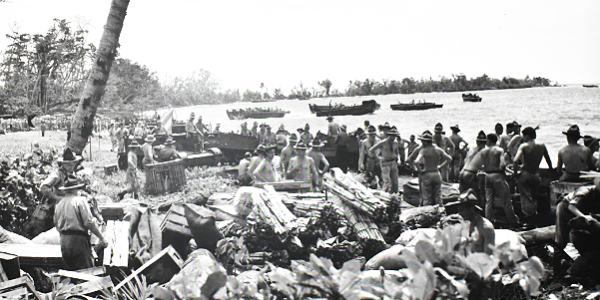 This week is very special for the country because of the 80th anniversary marking the U.S Marine Landing – Battle of Guadalcanal- which takes place every 7th of August.

The war had changed the country and world because this is where the main battle had occurred 80 years ago.

This was a battle ground for United States and the Japan.

This annual event had continued to allow the world about to reflect on the sacrifice made by our servicemen.

According to history records the U.S Marines landed at Red Beach, Central Guadalcanal and made their way to Henderson 80 years ago.

History had it that Guadalcanal experienced some of the fiercest battles during WWII due to its strategic locations.

At the time, U.S and its allies were fighting against Japan and the Axis powers, Germany and Italy, under the Tripartite Pact signed in Berlin on September 27, 1940.

But following the end of the war, Japan and the United States were friends since the late 18th century.

Today, these two countries are also our friends.

They have been supporting Solomon Islands one way or another through various programs and project.

The war had also affected many of our local people who fought along with the foreign forces.

Many have lost their lives as a result of this battle.

Thus, as a country we are part of this major war where some of our people have sacrificed their lives.

They have been stories of many of our brave grandfathers and even grandmothers who took care of their kids and provided the supports needed to live through these fears of “death” on our shores.

There are some locals who have been regarded as heroes for their selfless act.

We honour them and their loved ones for their bravery.

As the celebration continues today, lets take a moment to reflect on the importance of peace on our islands.

War has indeed left so many negative scars on our islands.

Today, the remains of old unexploded ordinances continue to pose danger to our people.

There vast lands which are still intact and undeveloped because of fear of unexploded bombs.

On the other, the battle of Guadalcanal should taught us to live with peace with our neighbours.

Also, its important for our younger generations to know our country’s history and understand the sacrifice our people, US and Allies have made to save us to this nation.

Thus, lets honour all those who have sacrificed their lives to save the pacific and world.