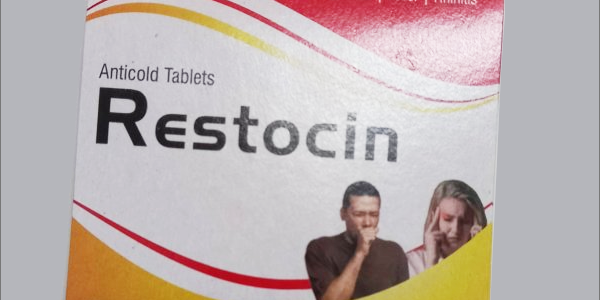 THE Honiara City Council has passed a resolution, which authorized all its Honiara Clinics to buy and stock the anti-cold drug, RESTOCIN so it could be used to treat cases of corona virus infection, former Mayor Wilson Mamae has confirmed.

Cr. Mamae was a victim of the deadly virus.

“I tried everything. I drank pawpaw leaf and other herbs, but nothing seemed to work for me. At that point, I told myself that if there were proof that by drinking your own urine and eating your own excreta would cure you, I was prepared to do it,” he said.

“I was desperate because I did not want to die,” Cr. Mamae said.

The former Mayor said it was then that someone introduced the drug, Restocin, which Malaita Outer Islands (MOI) doctor of medicine Reginald Aipia used to treat his own people.

“I was not convinced at first but then the history of Restocin convinced me. The drug was first introduced in Germany in 1917 after the First World War. It was intended to treat men who were exposed to a variety of chemicals used during the War. Restocin was also very effective against influenza-like flu and cold brought on by the wintry condition in Europe at the time, It was just a perfect drug,” he said.

“And for me and my wife, Restocin was all we needed. We were up the next day after taking the treatment. It’s a wonder drug. Now almost everyone who works for the Honiara City Council moves around with Restocin in their pockets,” Cr. Mamae said.

The news of his rapid recovery soon swept through the Council Chamber in the same way the corona virus has ravaged the country.

On Thursday 17th February, the Council Executive met and unanimously passed the resolution, authorizing the Head of the Health Division to buy and stock all Honiara City Council clinics with Restocin.

RESTOCIN is an anti-cold drug in tablet form. It has been in use since 1917 to treat common colds. Restocin is a combination drug which contains paracetamol (500mg), chlorphenamine (anti-histamine) (2mg), caffeine (30mg) and phenylephrine (5mg).

The coronavirus is a common cold, which can be effectively treated with an early intervention of three courses of Restocin over three days or five days at the longest period of treatment.

Dr. Aipia, a doctor of medicine said the reason so many people have died in Honiara is because the common cold had been allowed to develop into pneumonia.

“The National Referral Hospital should be clear of any covid patients within a week if we apply this simple yet very effective drug. In Ontong Java some 2, 000 people were affected at the beginning of the outbreak but now they are leading a normal life and are enjoying bechedemer harvesting every day.”