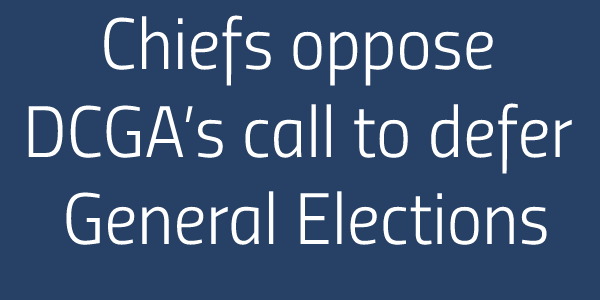 MALANGO and BAHOMEA House of Chiefs have opposed Democratic Coalition Government for Advancement’s (DCGA) call to defer the National General Election from 2023 to 2024.

The two Houses of Chiefs made the decision after deliberating on DCGA’s Constituency Awareness Information Pack 2022 from the Office of the Prime Minister on the deferment of the National General Election.

In a joint statement, the Malango and Bahomea Houses of Chiefs said they totally rejected all six reasons put forward by the DCGA to extend parliament term from four to five years from 2023 to 2024.

The six reasons issued by the DCGA are;

However, the Malango and Bahomea House of Chiefs said sports is not a constitutional requirement and the other five reasons are just mere political excuses.

“Why not the SPG?

“The other five reasons are just a mere political excuse by DCGA’s without any supporting constitutional evidence,” the statement said.