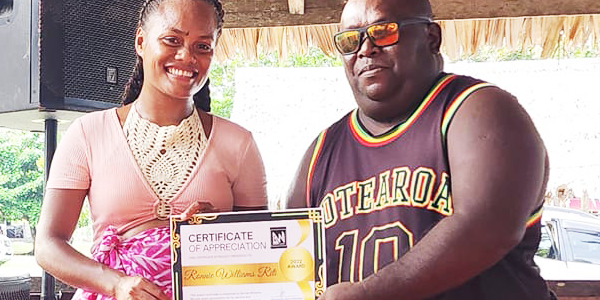 Renowned local band ‘Blackwine’ has hosted an appreciation party for its band members and supporting bands on Monday.

The band also showed its appreciation to families, friends and fans for their support with assurance for better entertainment this year.

A band member said a certificates of appreciation were presented to all band members by the Blackwine band manager Alex Haro.

“Certificates were given to all the band members as an appreciation for the members for their time, effort, participation and cooperation throughout the year 2022”, the band member said in a statement.

Representatives of King Solomon Hotel who were also part of the program, acknowledged the band for a successful year of entertainment in 2022, and vowed to work closely with the band this year, with entertainment from ‘Blackwine’.

‘Blackwine’ wished all their fans, friends and family a happy new year and are looking forward for another great year ahead, working together with business houses and event promoters in and around the country for another successful year.