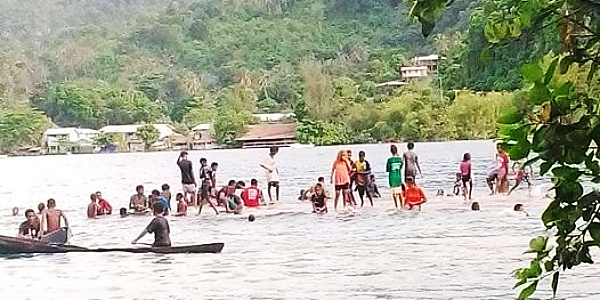 Speaking to Solomon Star on Wednesday was the Isabel Provincial Secretary, Norman Hiropuhi.

Mr Hiropuhi said the issue of wharf submersion has been considered by the Isabel Provincial Government Executive in partnership with the Solomon Island Infrastructure Project (SIIP), the Ministry of Infrastructure Development and AUSAID but to date nothing was done.

He said the submersion of the wharf was noticed since late 2019 and it is devastating because when the sea-level rises during high-tide, it completely covers the wharf, adding that when this happens, one can hardly see the wharf from the shore.

Mr Hiropuhi said it is a very critical matter to consider as soon as possible as it poses threat to the Provincial infrastructures that are very close to the coastal areas.

“It’s been two years since we have noticed this and yes, we have made requests to NZAID and AUSAID but they said they will take this issue into consideration. Since then, there was no confirmation from the two aid donor programmes on the matter and other development projects,” Mr Hiropuhi said.

He said SIIP is one of the organisations that should address such issue but the Isabel Provincial Government still has not received any feedback from them as well.

The relocation of the wharf really needs to be considered because if the higher wharf is built at the same location, it will still submerge after 30 or 40 years from now.