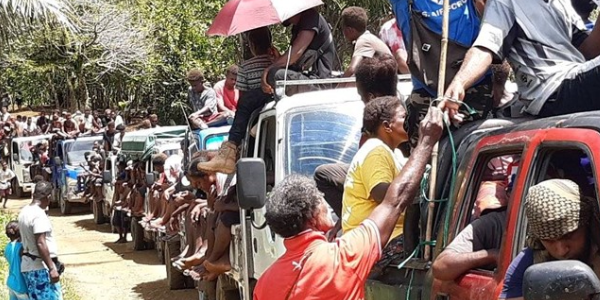 The people of West Kwaio in Malaita Province will know their new Member of Parliament (MP) on Thursday as they set to cast their votes in the by-election tomorrow.

Six candidates are vying for the West Kwaio by-election. As of Monday they ceased their campaign rallies and are waiting for the polling day tomorrow.

West Kwaio electorate has been without a representative for the past 10 months following the passing away of their MP late Hon. Titus Fika late last year.

Hence this by-election will give a chance for the constituents to exercise their rights to vote for their new MP to represent their voice at the Parliament.

Candidates contesting the West Kwaio seat have been involved in intensive campaign in an effort to convince voters for the past weeks until yesterday where they put their campaigns to rest awaiting the polling day.

Counting of votes for the by-election will be held from 9am on the 22 – 23 September 2022, at the Green House, Malaita Assembly Chambers Biulding in Auki.