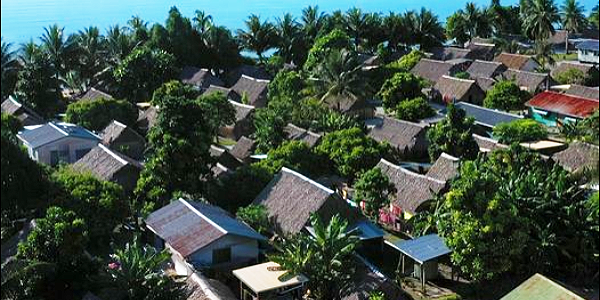 A PUBLIC officer has called on the Royal Solomon Islands Police (RSIPF) and the Ministry of Fisheries and Marine Resources (MFMR) to investigate the ongoing illegal harvesting of beche-de-mer at Luaniua and Pelau in the Malaita Outer Islands (MOI).

Danny Sale said the illegal harvesting of bech-de-mer is a serious crime and failure to investigate such illegal activity by the responsible authorities leaves the MFMR National Bech-de-mer Plan meaningless.

The officer said there is ongoing illegal harvesting of bech-de-mer in some communities in MOI as was instructed of them by their Member of Parliament (MP), Martin Kealoe.

Whilst most of the provinces continue to abide by the beche-de-mer ban and support the MFMR beche-de-mer management plan, some communities in MOI are defiant.

Some people from Luaniua and Pelau communities continue to dive for beche-de-mer daily in defiance of the reimposition of the beche-de-mer ban. This is the result of misleading information and instructions given to them by their own Member of Parliament.

“This is so unacceptable in the eyes of other provinces. We also express our disappointment with the police officers serving at MOI and even the RSIPF Commissioner for not supporting the bech-de-mer. They should support the ban by prevent illegal harvesting by people from the Pelau and Luaniu communities,” Mr Sale said.

“From reliable sources, the MP incessantly advised few people from Luaniua and Pelau to continue with the harvesting of the bech-de-mer despite the reimposition of the ban.

“This is totally disrespectful to the state and an unfair act to other communities that also rely on beche-de-mer for their livelihood but complied with the ban. It also a manifestation of greed by the MP for MOI.

“From what I know, MP Kealoe previously gave directives to Luaniua and Pelau villagers to do the harvesting of beche-de-mer ahead of the decision made by the Caucus for the extension of the bech-de-mer harvesting period and even when Caucus was still awaiting reports from the MFMR. And now that the one-year extension period is over, he is still encouraging illegal harvesting.

“Given this situation, there is an urgent need for an investigation into shipments of bech-de-mer from MOI to Honiara. Most of which were illegally harvested. A huge illegal harvesting operation was carried out after the 1st of September 2022, therefore the RSIPF and the MFMR must take action.

“We must respect our authorities and protect our resources until the ban is lifted as we also want our families to fully benefit with the high-price earnings from these commodities,” Mr Sale said.