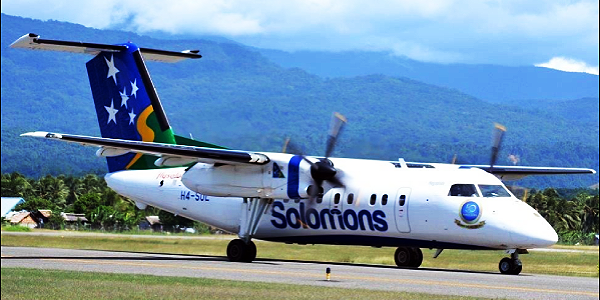 AFTER two days of rest, all four Solomon Airlines aircrafts will be up and flying as of this morning to airlift cargoes to the provinces.

Saturday and Sunday have been rest days for the aircrafts and airlines staff.

Non-perishable goods can be lodged in advance for these flights.

Honiara residents stranded in those destinations can return on these flights.

Solomon Airlines has been busy over the couple of weeks in airlifting cargoes to some of the hard to reach destinations.

Some of these destinations were unable to be serviced by boats.

As such only aircrafts and helicopters were used.