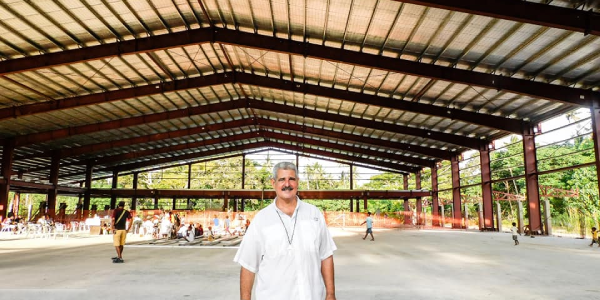 A Holy Mass led by Roman Catholic Archbishop His Grace Christopher Cardone was held at the new building on Friday last week to celebrate the milestone.

A statement from Catholic Communications said the event coincided with the Archdiocese’s annual meeting of priests who also gathered for the ceremony.

The St Mother Teresa Family and Youth Centre is constructed on a hectare of land at Aruligo which landowners gave to the Catholic Church during the days of the early missionaries.

Since then, the church had used the area for farming root crops, vegetables and cattle.

The Marist Missionary also established a primary school in the area.

Archbishop Cardone said currently the initiative was to further develop a large tract of the land into a place for retreat and church pastoral gatherings which will be open for all.

“The area will also include a chapel, a conference room and children’s playground,” the Archbishop said.

Archbishop Cardone thanked all the benefactors and construction workers for their great work in completing the first phase of the project.

Dr Aumanu told Catholic Communications that after the completion of the first phase the next phase will focus mainly on the interior of the building.

“This will include rooms for conferences or other training facilities,” he said.