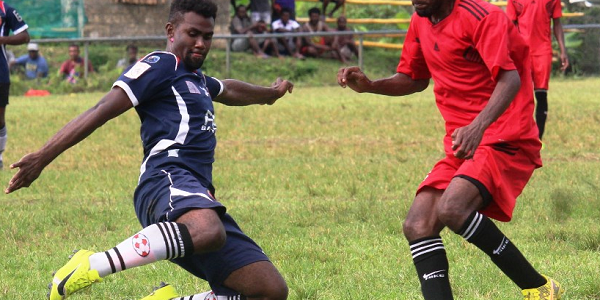 Central Coast Football Club (FC) and F-Ridge FC walked away with a point each after a 1-1 draw in the round three match of the Auki Langa Langa Football Association (ALFA) League over the weekend.

The two teams failed to find an opening goal in the first half as they went for the half-time break with the scores locked at 0-0.

Central Coast was the first to get on the board five minutes into the second half to lead 1-0 and look to have in total control of the game.

Careless defence by Central Cost midway through the second half invited F-Ridge back into the game when F-Ridge turned the opportunity into an equalizing goal to make it 1-1.

The two teams create goal scoring opportunities late in the second half, but fail to find the back of the net as the scores are locked at 1-1 on full-time.