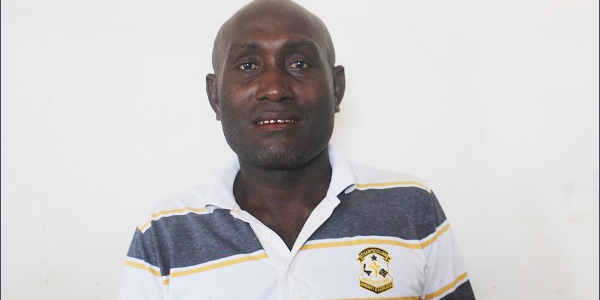 CENTRAL Roviana team is unlikely to participate in the upcoming Western Cup (WC) in Gizo, Western Province on 8TH December next week.

This is due to the disrupted New Georgia and Vonavona Cup that was held in September this year.

According the Chairman for the Local Organizing Committee (LOC) under Western Football Association (WFA), Frank Kiko, the team must provide a full report of the New Georgia and Vonavona Cup.

Hong said the organisers will have to send a full report for the outcome of the tournament.

He said their entry for participating in the tournament depends much on their report of their last tournament that has been disrupted and given a red mark to the football rules and regulations standard.

He said this is related to the issue that broke out during the final match which did not end the tournament well.

“Reports must reach the WFA this week otherwise they will be disqualified to participate in the Western Cup tournament.

“If they submit the report, the LOC will make recommendation to the WFA Disciplinary Committee to decide whether to allow them or not,” he added.

Kiko further added that all teams will be accommodated at the Gizo Primary School and Titiana School.

“Beside the accommodations, foods and transportation, all football zones will have to meet their own costs,” he said.

Meanwhile, Noro Town has issued a public call this week not to participate and withdraw from the tournament.

Noro Football Association (NFA) President, Nelson Boso said the main reason for the withdrawal is because of dissatisfaction with some of the LOCs’ ground rules set for this year’s competition.

Boso said the main reason is they are not satisfied on the requirements of the Western Cup Local Organizing Committee which stipulated in their ground rule.

Not only that but they do not have the resources to travel, accommodation and other logistics.