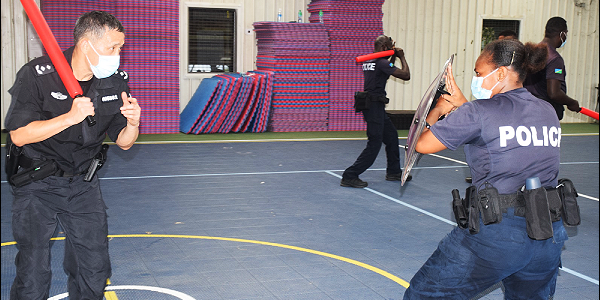 China police have conducted a familiarisation training with the Royal Solomon Island Police Force (RSIPF) officers on familiarising themselves with the new riot equipment that was handed over to RSIPF on 24 February 2021.

The familiarisation training is purposely on use of force tactical equipment on how to use them in any given situation where police are confronted.