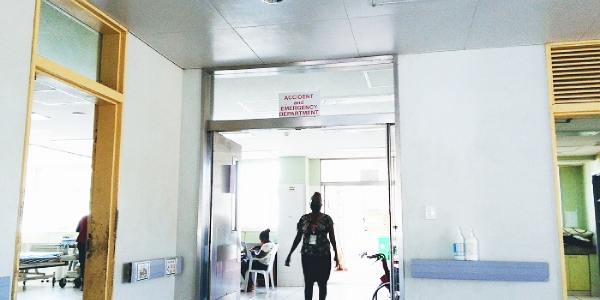 A YOUNG mother in her early 30s lost her life hours after giving birth to a healthy baby girl due to bleeding complication at the Gizo Hospital, Western Province last week.

Slow response from duty medical officers at the hospital has been blamed for the death.

Initial report said the mother gave birth to a healthy girl at Varese Health Clinic in South Vella on Thursday.

Due to ongoing bleeding, the mother of four was rushed to Gizo Hospital by boat for immediate medical attention.

However, relatives claimed upon arrival at Gizo Hospital, duty nursing officers at that time declined to quickly attend to her but instead was told to follow the COVID-19 protocols where she had to undergo swabbing first.

The young mother tested positive for COVID after swabbing.

However, family members who travelled with her claimed the patient did not get immediate attention on arrival at the Emergency Ward that day.

Because of the Covid-19 protocols being applied the doctor on duty was late to attend to the ailing mother.

The mother was still breast-feeding when she died right in front of her husband and mother in-law, it was revealed.

A relative speaking to the paper said it’s a sad incident leaving the father and the four children behind.

He said nursing officers on duty should by-pass the COVID-19 protocols if cases are deemed as emergency.

He said that there was a report sent by the nurse in charge from Varese Clinic that the mother should be given an emergency status and attended to immediately.

The relative further claimed the Emergency Ward nurses on duty appeared not to have taken the matter seriously.

Attempts to get comments from the hospital authorities this week were unsuccessful.

However, it was recently revealed that Gizo Hospital is also facing nursing shortage after a good number of nurses also contracted COVID and were ‘red-flagged’ and remain at home.

They only turned up for work if they tested negative.

Gizo Hospital is currently applying a triage system where all patients must undergo swabbing test before they can access medical services.