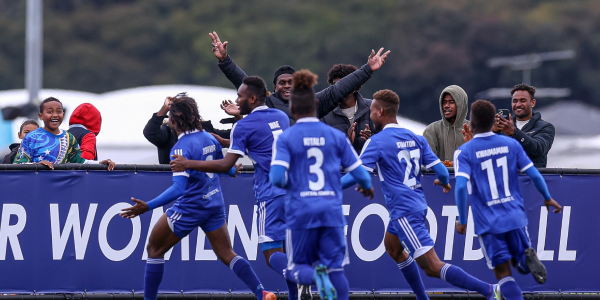 CENTRAL Coast FC made a crucial comeback defeating Galaxy FC 3-1 to keep their hopes alive for a chance to the second stage of the OFC Champions League competition in Auckland, New Zealand, Sunday.

Coast received an opening scare 13 minutes into the first half when Galaxy’s Kency Tangis bulleted home a close-range header to take lead.

This has not deterred the determined Central Coast side’s focus to finish off with a win.

The Jacob Moli led side maintained their composure and hit back in the 37th minute from a perfect play by Amasia who set up Jeffery Bule to hammer home the equalizer.

Coast’s striker Junior Fordney made it two just seconds away from the half time whistle.

Clifford Fafale scored the third goal early in the second half as Coast maintained the lead right to the end.

Coast’s focus is now to win or draw in their final group match against PNG’s Lae City FC on Wednesday for a chance to secure a semi final spot.