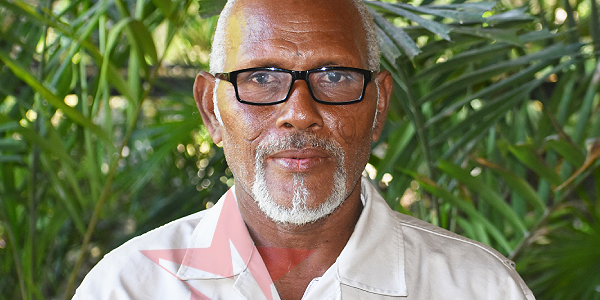 NON-EXECUTIVE members of the Malaita provincial government have spoken out yesterday to clarify the $160,000 and 16 shell money compensation demand which was revealed by this paper over the weekend.

It was reported that the 16 MPAs made the demand together with a reconciliation call to Premier, Daniel Suidani to sort out their differences following a failed motion of no confidence against the premier last October.

The compensation demanded is to be shared amongst the MPAs, $10,000 and one shell money each.

However, speaking on behalf of the non-executive members, MPA for Ward 13, Danny Mana Siau said the issue is an internal matter for the provincial leaders to deal with.

“We are surprised that the issue was brought to the media.

“The reconciliation call is an internal matter for the Malaita provincial leaders to deal with. There is no need for the people to be informed. The figures reported in the media were just estimated figures and are negotiable,” he said.

Mr Mana added, the figures are negotiable as it is common in the Malaitan culture that any compensation demand to any given incident is always negotiable between parties.

“The figures revealed in the media were just rough estimates or alternative figures put forward to the Deputy Provincial Secretary to be discussed with the Premier.

“We feel that the incident last October has brought trauma to most of us. Some of us were even forced to escape from the angry mob that marched towards our camp in fear for our lives,” he said.

He said the incident has also brought fear amongst his colleague MPAs, and that they decided not to return to Auki or even their Wards. This even leads to the withdrawal of his colleagues from the provincial Public Accounts Committee (PAC) towards the end of 2021.

This is the reason for boycotting the last Assembly meeting to discuss the estimated budget for 2022, Mr Mana added.

The non-executive MPAs said, if the provincial government cares to understand their demands, the compensation claim is worth it.

“But, it is up to Premier Suidani and his Malaita Alliance for Rural Advancement (MARA) government to negotiate with us, so that we can come up with a negotiated figure to be paid as compensation to us for the events of October 2021,” the Ward 13 MPA stated, on behalf of his non-executive MPAs.

He further elaborated, in the Malaitan custom or culture, whatever that is demanded as compensation is subjected to negotiations. Therefore, the non-executive MPAs are happy to negotiate any compensation payment with the premier and his executive, before a reconciliation date is set.

Meanwhile, the non-executive members have also called on the people of Malaita to let their provincial leaders deal with the reconciliation as an in-house matter as it is the only way to move things forward in the province.

“We want to reconcile with the ruling MARA government and Premier Suidani so that we can move things forward in Malaita.

“We are of the view that the only way to develop Malaita province is through working together in supporting the work of the MARA government. Therefore, we are willing to dialogue with premier Suidani and his executive to sort out our differences anytime soon, to allow us to work hand in hand again,” the group said.