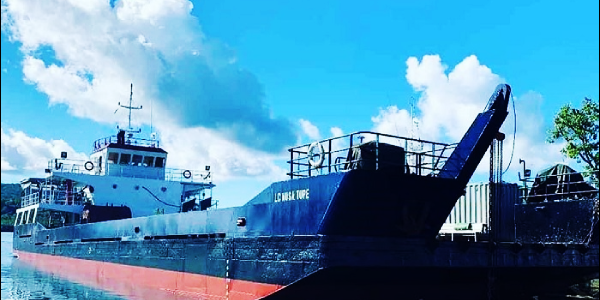 CONTACT tracing at which ports and areas that crews of Landing Craft (LC) Nusatupe have berthed at Western Province is set to begin.
Health officials at the Western Province have been deployed to do contact tracing in Noro, Munda and Marovo.
Initial reports claimed the landing craft left Honiara on Saturday 15th January and arrived in Marovo on Sunday morning.
It dropped two drums of petrol at Bunikalo and then proceeded to Rukutu.
At Rukutu where the village was packed and at the height of celebration marking the 100 years since the arrival of Adventist gospel, few passengers disembarked and cargoes offloaded.
The vessel then traveled on to Munda.  At Munda, the crews went out to relax at Tolavaena night club and also interacted with the shop owners and shop keepers.
At Noro, the vessel was refused entry and the vessel traveled on to Taro.
The vessel returned from Taro and stopped at Nusatupe island, just off Gizo over the weekend,
And it was claimed, some members of the crew traveled to Gizo by boat and then hired a taxi on Saturday night before returning to the vessel.
Thus, Gizo is also an area of interest.
On Monday, news came out seven members of the crew tested positive which sent panic and fear to villagers and communities where the crews have come into contact with.
The vessel has been recalled to Honiara for quarantine purposes.
However, on its return trip, it was claimed the vessel further made a stopover outside Bunikalo before proceeding to Honiara.
Some of the areas in Western Province are likely to go into lockdown tomorrow evening to allow health officials to conduct contact tracing and slow down the spread of the virus.