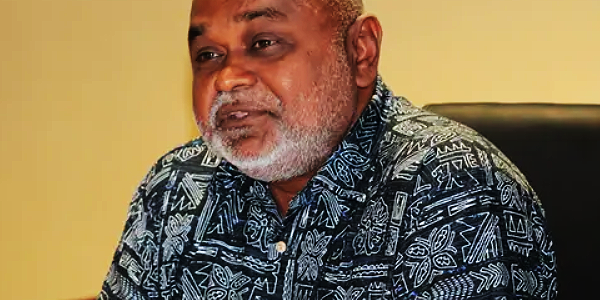 Minister for Education and Human Resource Development (MEHRD) Lanelle Tanangada revealed this in Parliament yesterday in response to a question asked by the Member of Parliament (MP) for Small Malaita Rick Hou. This was in relations to issues surrounding the recruitment of the VC and other senior staff at SINU.

She said the contract period of the incumbent Vice Chancellor Dr Chand is three years commencing from the month of March 2019 to 4th March 2022.

“Dr Chand’s return to Solomon Islands has been pending once theres improvement on the Covid-19 situation in Fiji as well as the opening of borders in Solomon Islands.

“For these reasons, SINU council had consulted Dr Chand and made a decision to suspend his contract as of 27th August this year 2021.

“This implies that Dr Chand no longer receives his salary, nor does he benefits from the rest of his terms and conditions outline in his contract,” she said.

“The recruitment and appointment of Vice Chancellor Dr Ganesh Chand is valid because he has followed all the recruitment processes under the SINU recruitment policy and the SINU council team deemed it to be proper and valid,” the education minister said.

Minister Tanangada went on to say that with respect to the recruitment and appointment of all the university senior staff, the recruitment policy adopted by the SINU 2013 requires all staff that were recruited to sign a three years contract.

However, she said based on SINU council resolution that was dated on the 22nd of June 2015, all positions have to be advertised in the open market before the contracts expire.

“The rationale has been to gradually recruiting staff that meet the SINU minimum qualification requirement to teach and the university and to upgrade the level and quality of the program taught at the university.

“Similarly positions in administration and logistic support services at the SINU we are also advertise to employ well educated and experience and competitive personal,” she said.

The education minister added to date, SINU has been able to recruit a total of 20 PhD holders under the recruitment exercise.

“The total number of 20 PhD holders include only those now on the ground at work. The numbers exclude those abroad who have been appointed but still unable to travel to Solomon Islands due to the Covid-19 situation globally,” she said.

She said of the total 20 PhD holders, 17 are Solomon Islands nationals while three are expatriates.

She said one Solomon Islanders national PhD holders have been appointed as professor of the Institution of Ocean Islands and Sustainable Development while the rest take up positions as assistance and associate professors as senior lecturers.

She said under the end of contract and recruitment exercise only one PhD holders has been rejected mainly to medical issues and retirement age.

“Notable, new appointments include a national female PhD holder to the position of dean faculty of education and humanity as well as position of registrar of students’ academic support services,” she said.

The minister said it is critical that the country and government support our national university as it tries to develop and grow to become a distinctive leading-edge university that produce graduates who are ready to make positive contribution to the economic development and social development of our country and to transform our society.