Court: Dettke not entitled to compo 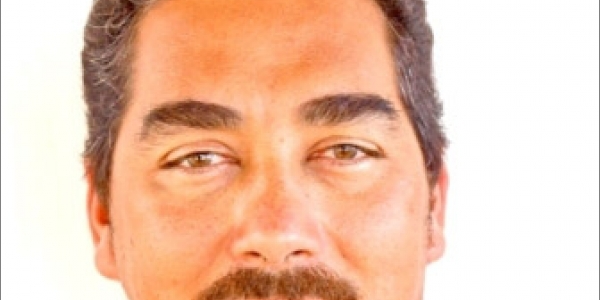 THE High Court has ruled that the Member of Parliament (MP) for Northwest Guadalcanal Bodo Dettke is not entitled to compensation sought after he was acquitted of his traffic case in the Honiara Magistrate’s Court.

Justice Maelyn Bird, also found that the complaint regarding the traffic offence was also not frivolous and vexatious as claimed by the MP.

She, however, ruled that the MP is entitled to his cost both in the Honiara Magistrate’s Court and the High Court.

The MP and his lawyer had appealed a magistrate’s decision which dismissed the MP’s claims of abuse of process, compensation and cost after the MP was acquitted of the traffic case against him in February.

“I do not think the complaint was manifestly groundless and manifestly faulty,” Ms Bird said.

“I also do not think that the complaint was done in bad faith.

“There is no evidence before the court below and this court that the complaint was instigated by bad faith.

“I can also say that it was not intended to harass or embarrass the appellant,” she added in her ruling delivered this week.

Ms Bird further added that she is satisfied that due process was complied with in this case.

She then stated that the complaint in the Form 6 Charge in the Magistrate’s Court was not frivolous and vexatious and therefore dismissed this ground of appeal.

She however found that the Magistrate erred in her ruling that the issue of abuse of process is restricted to stay proceedings.

“On that note, the learned Magistrate had also erred in refusing to address the issue on the basis that she lacks jurisdiction to entertain that application.

“In any case, section 155 gives discretion to any court to hear and determine an application under that section.”

Ms Bird also found that the learned magistrate also erred in failing to award cost for the appellant.

“The general rule as to costs is the cost goes to the successful defendant.

“In this case, the defendant was acquitted following withdrawal of the complaint against him,” Ms Bird said.

She then highlighted that for future cases involving applications under section 155 of the Criminal Procedure Code (CPC), it would be prudent for the courts to inquire into the application and make necessary directions on how they wish to deal with the application.

“Each part must be entitled to file sworn statements in support of their respective positions and on the quantum of either compensation or costs.

“Only then will the court be assisted in dealing with the issues before it.”

He had submitted to the magistrate after his client’s acquittal that that despite there not being any shred of evidence to suspect that his client had caused the traffic accident, it is a clear abuse of the criminal process.

He also submitted that the charge served on his client was signed and issued by a Magistrate without any shred of evidence to suspect that it was his client who caused the traffic accident, and questioned whether the magistrate has considered the witness statement before signing the charge.

He further argued that if anyone is entitle to protection of the law, as guaranteed by the Constitution, it would mean that persons who are wrongly charged and wrongly prosecuted must be also entitled to seek redress from the court.

He said the charge against his client in this regard, is frivolous and vexatious, hence he must be paid reasonable compensation, which is to be assessed and costs of the criminal proceeding, pursuant to section 155 of the CPC.

But the magistrate however ruled that there were no evidence before the court why police initiated the charge when they knew the MP was a victim.

The magistrate had also ruled that a Magistrate is not obliged to assess the evidence of a particular case before making a decision to sign a formal charge.

She said argument is misleading and without basis and that the Magistrate’s Court does not have the power to stay proceedings based on abuse of process.

She also stated that the Magistrate’s Court does not have the jurisdiction to grant compensation and cost order, unlike the High Court.

Following the magistrate’s decision, Mr Suri and the MP filed an appeal in the High Court against the decision.