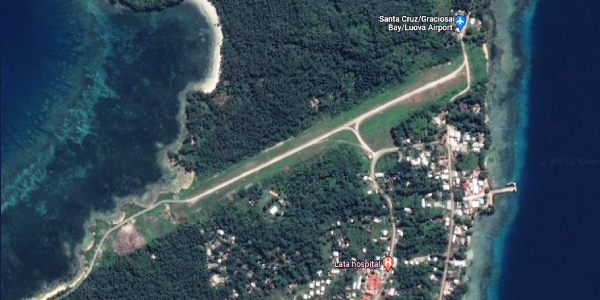 DRUNKEN youths in Lata, Temotu Province stoned houses of those responsible for Infection Protection Control (IPC) in the provincial capital after the province recorded its first cases of COVID-19 over the weekend.

Reports from Lata said youths and villagers around Lata were every disappointment and blamed the health and government officers for not strictly imposing the COVID-19 protocols to safeguard the people.

As of Sunday night, Temotu Province case count has increased to seven.

After learning of the increase in COVID cases, the youths stoned a nurse’s house between 12am to 2am Monday morning, stoned the house of the Infection Protection Control officer and utter abusive words to some provincial government officials.

“The youths misunderstand the role of the IPC officer, thinking that he was responsible for the repatriation flight that brings COVID-19 to Lata,” the report from Lata said.

However, they later learnt that the April 21st repatriation flight was approved by the provincial government through Temotu’s PDOC to bring in loggers and other passengers.

“PDOC Temotu is not doing their work.

“The stand of operation protocol is bridged by the executive who make decisions that are not based on the SOP but their own interest.

“Though money is important for the province for its operations, life is also important therefore they should consider the SOP before making any repatriation to Temotu,” the report said.

With the virus now in the province villagers and people in Lata are urging those responsible for manning the quarantine sites at Lata to do their work professionally to avoid COVID-19 community transmission.

“Villagers and youths are now watching very attentively at the provincial government and people who are involved in managing the camp clusters so that the virus does not spread to people and communities,” the report said.

It said the villagers and Lata people also urged the provincial government to be transparent and do its work professionally to avoid making decisions that will bring in more infections to the province.

Meanwhile, Police in Lata are working with people in Lata to calm the situation to avoid a repetition of what happened in the early hours of Monday morning.