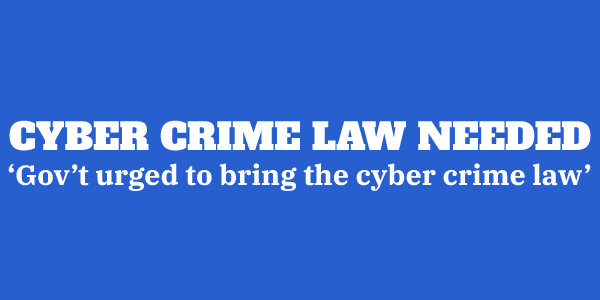 SOLOMON Islands social media users, mainly on Facebook (FB) are calling on the government to seriously consider bring to parliament the Cyber bullying law for the sake of our young people and the country.

The call came after a young man committed suicide in the Western Province after he was heavily criticised, harassed and belittled in the Facebook.

Most of the commentators in the Facebook urged Prime Minister Manasseh Sogavare and his government to act.

“Legislation should be brought in to deal with the problem of cyber-bullying now because the trend the country is heading now in terms of social media especially Facebook is not looking good,” a mother told this paper yesterday.

The death of the young man sparked Facebook commentators to condemn people who use social media to intimidate others.

With the increasing internet users young people and Facebook users hiding behind alias names are using the social media platform in a very negative way.

One commentator said the internet users especially young people will continue to grow therefore the government needs to take this seriously and come a up with the legislation to protect them and the country.

The Solomon Star understands that Solomon Islands does not have a stand-alone legislation to deal with cyber-crime.

In 2017, the Ministry of Communication and Aviation established the ICT policy the vision to have a peaceful, united and progressive Solomon Islands communicating and inform by technologies that is open to all.

“It’s time to act if this current government is serious in protecting its people,” a young commentator said.