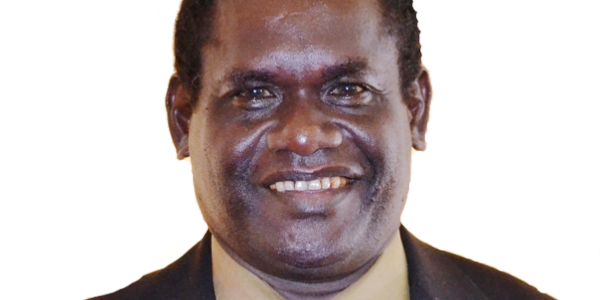 On the basis for extending life of Parliament

THE Leader of the Independent Group in Parliament has called on the Prime Minister to take his government’s proposal to extend the life of parliament to the people in the 2023 General Elections.

John Dean Kuku made the comment following revelations that Cabinet has agreed to extend the term of Parliament from four to five years in February this year, a statement from the office of the Leader of the Independent Group said.

It was further revealed that Cabinet in approving the proposal has also directed the SSPM and the Attorney General to carry out consultations and to have a draft bill ready for parliament deliberation in the current meeting.

“This shows that the Prime Minister and his government are quite serious in pursuing the proposal which is contradictory to what he has said in his recent statement to the media”.

The Leader further stated that amending the constitution to facilitate such a proposal cannot be left to the political mandate alone.

“The life of parliament is prescribed by the constitution, which is the supreme law of the people, hence it is crucial to accord them the right and opportunity to decide on whether or not they would support the proposed change but the decision must come through the election process,” said Kuku.

He also stated that in the context of a ruling political government, making an impact in terms of effective policy implementation does not require an extension to the life of parliament, rather it requires getting out of the ‘business as usual’ attitude and taking charge of policies.

Government Ministers should be driving progress rather than relying on foreign handouts Mr. Kuku added.

The reasons on which Cabinet has made its decision to extend the life of parliament from four to five years do not at all provide any rational justification for the proposal.

“In terms of policy, when was this contained in the policy–redirection document of the government, and how was it cooked up so fast? He asked.

Surely, this government thinks, it can drive its intentions on an ad hoc basis, as is this case.”

“Pushing back the election to 2024 does not automatically remove these challenges. It doesn’t add up.” The leader stated.

“Furthermore any comparison to countries such as Samoa and Papua New Guinea whose parliaments have a five-year lifespan is simply not a platform for copycat because each country has its own context”.

The Truth and Reconciliation Report and the Federal State Government system have been major government policies for years. The TRC Report has been produced in 2012 and the first draft of the proposed Federal Constitution was produced in 2009. Over the years progress on the draft Federal Constitution has been very slow and successive governments including the DCGA have persistently refused to table the TRC Report in Parliament.

“So how does adding a single year to the life of parliament resolve these issues? Why now, the Leader asked”

The Leader further added that the Prime Minister must stop making feeble unjustifiable reasons to mask non-performance of the DCGA by pushing the impression that more time is needed for delivery on its policy promises.

The constitution and the people must be fully respected and not be tampered with.

WALE WELCOMES EMPLOYMENT AND TRAINING OF LOCALS BY PRC AND CCECC
January 18, 2022
Go to Top