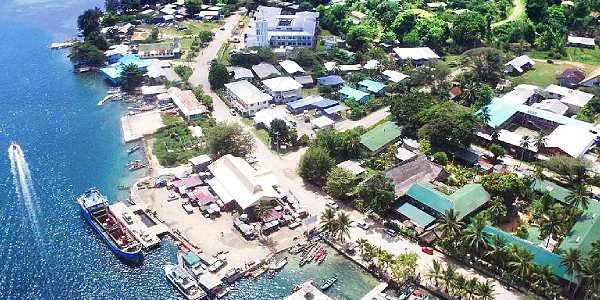 THE delayed Western Provincial elections is causing economic hardships to people in the province who deem the delay an act of gross injustice by the National Government.

This is the view of one of the prominent leaders in the Western Provincial capital, Gizo.

Speaking to Solomon Star Gizo yesterday, Freedom Tozaka, a former Principal Education Officer said, “The delay by the national government to facilitate provincial elections for the Western province is causing a big setback for many people and organisations that depend on the services of the provincial government.

“Market vendors are finding it very hard to get good financial outcomes, so as the churches, school fee payers and suppliers.

“All government services and programmes are also affected and this causes money circulation to stifle.

Mr Tozaka said the call of the people of the Western Province is for the Ministry of Provincial Government and Institutional Strengthening to urgently call an election to salvage them from the limbo they were forced into.

“It is very unfair to the people of Western Province and Choiseul Province whose provincial assemblies were dissolved on the same date to be denied of their rights to immediate provincial elections and provincial governments.”

He said the Western Province has been hard-hit by the impacts of COVID-19 and the Honiara 2021 Riots and the delayed election only makes life worse.

Mr Tozaka added, “If the National Government can easily pass a Bill to extend the life of the current eleventh Parliament, why is it so hard for it to use the contingency warrant facility to avail money for the Western and Choiseul Provincial elections?

“This is an act of gross injustice to our people.”

Mr Tozaka said his view is supported by other prominent leaders of the Western Province and the general public of the province.

With the absence of a provincial executive, the Western Provincial Government is overseen by the Deputy Provincial Secretary and furthermore, without the passage of a budget by the Christian Burley Mesepitu-led executive before the dissolution of the provincial assembly, provincial services have come to a near standstill.

The election date set for both the Western and Choiseul provinces is 14 December 2022. A new Premier should be announced in January 2023.

The Acting Chief Electoral Officer, Fred Bosoboe had told a press conference after the bye-elections in Malaita Province that elections for Western and Choiseul Provinces had been delayed due to funding difficulties.

Solomon Star understands that Section 21 (1) of Provincial Government Act 1997 clearly states that the Provincial Executive remains in office after the provincial assembly is dissolved until the election of a new Premier. A provincial executive is headed by a premier. There is no legislative basis for the appointment of a provincial administration.