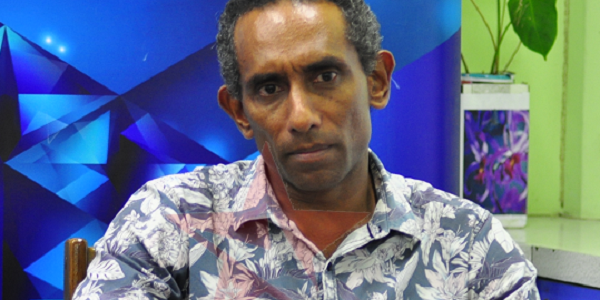 CHIEF of Staff to the Prime Minister’s Office reminded Solomon Islanders not to put themselves in a position to become victims of geopolitical differences.

He said as the Prime Minister mentioned on the floor of Parliament, over achieving policy objective of the DCGA government has been the policy redirection to support the implementation of the national security strategy.

“That is what was referred to and it is under that policy umbrella that this engagement with the People’s Republic of China is within the process of established,” explained Djokovic.

He stated this is to add some clarity because there is a lot of stigmatization been generated particularly in the international media on the country’s foreign policy ‘friends to all and enemy to none’.

“Solomon Islands do not have any enemies and we do not want to have any enemies. Our Foreign policy operates on the rationale that we were with all of our development partners, bilateral partners to enhance and progress development within the countries, so that we can progress or advance our objectives and aspirations,” Djokovic said.

He stated there are geopolitical issues between some of the country’s allies and partners and friends.

“It is important for us as a country not to let those problems become ours. It is an issue that as the PS of Foreign Affairs said, we are to be mindful of and not to enter into the arena where we put ourselves in a position to become victims of geopolitical differences,” Djokovic said.

He said they are discriminating different races and how the history of other countries and the civilization started way back.

“But it is important we do not let ourselves get drawn into that. That is the basis of our friends to all and enemies to non policy. We do not enter into territorial disputes. For SI is about the humanitarian aspect and standing up for humanitarian rights.

“As we vote in the recent United Nations of the war in Ukraine we voted in support for humanitarian reasons. Not because we have any territorial dispute in there, but it is an issue because of those two countries.