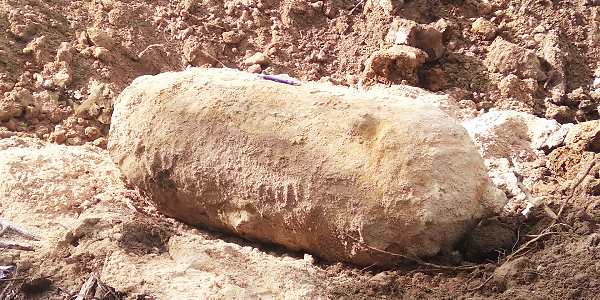 The Explosive Ordnance Disposal Team of the Royal Solomon Island Police Force (RSIPF) has removed a 294 kg Unexploded Ordnance (UXO) at Taro airstrip in Choiseul Province on Monday, the 12th of September, 2022.

Deputy Commissioner (DC) National Security and Operation Support (NSOS) Mr Ian Vaevaso said the UXO is from the United States (US) used during World War II in the Solomon Islands during the war.

DC Vaevaso said the other small bomb also removed from the same location which total up to two UXOs. EOD Team are working close with the provincial government for the render safe of those bombs.

Mr Vaevaso says, “I appeal to the communities in Taro Township to work together with the team on the ground during render safe. This will help to avoid any casualties during the operation.”

He said since Taro Township is under ‘category A’ and we must be careful and report any suspicious materials lying in your area to the EOD team while they are still in Taro or report it to Taro police.