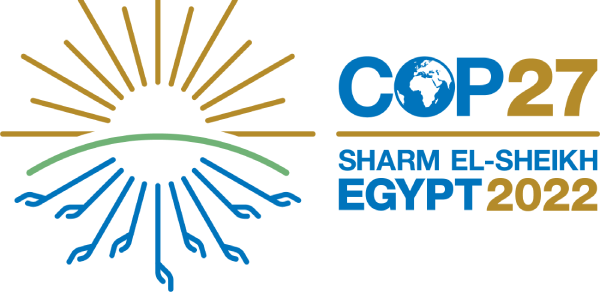 THE number of Solomon Islands delegates to this year’s world climate summit -COP 27- in the Red Sea resort Sharm El-Sheikh in Egypt will be made known this Friday when the registration books will close, paving way for the procession of credentials for the final list of delegates.

COP is the Conference to the Parties to the United Nations Framework Convention on Climate Change.

The Deputy Secretary of the Ministry of Environment, Climate Change, Disaster Management and Meteorology (MECDM), Chanel Iroi, revealed this in a recent press conference at the IPAM Conference Room in Honiara.

He said Solomon Islands will be represented at the global summit by a total of 30 delegates.

“The delegation consists of (officials from) the line ministries- the Ministry of Forestry and Research, Ministry of Agriculture and Livestock, Ministry of Foreign Affairs and External Trade, MECDM, stakeholders, Non-Government Organisation (NGOs), the Climate Action Group and representatives from youth, young women and young men who are involved in climate work are all part of the delegation.

“The development partners and agencies like Secretariat of the Pacific Regional Environment Programme (SPREP) and University of the South Pacific also sent in their request to be part of the delegation.

“The number depends on the needs of the country and finances to send the huge delegation to this important summit of Climate Change,” Mr Iroi said.

“Those who usually fund the delegation to attend are usually the Permanent Secretary (PS) of the MECDM, once the PS endorses the request, we will do the registrations.

“At present, the number of delegates stands around 30,” he said.

Mr Iroi said the delegation will depart the country for Egypt on Friday 28 October.

The government of the Arab Republic of Egypt will host the 27th COP with a view to building on previous success and paving the way for future ambition to effectively tackle the global challenges of climate change.

How important is COP 27?

Faced with a growing energy crisis, record greenhouse gas concentrations and increasing extreme weather events, COP 27 seeks renewed solidarity between countries to deliver on the landmark Paris Agreement for people and the earth.

The Paris Agreement is a legally-binding international treaty on climate change. It was adopted by 196 Parties at COP 21 in Paris, on 12 December 2015 and entered into force on 4 November 2016.

Its goal is to limit global warming to well below 2, preferably to 1.5 degrees Celsius, compared to pre-industrial levels.

To achieve this long-term temperature goal, countries aim to reach global peaking of greenhouse gas emissions as soon as possible to achieve a climate neutral world by mid-century.

The Paris Agreement is dubbed a landmark in the multilateral climate change process because, for the first time, a binding agreement brings all nations into a common cause to undertake ambitious efforts to combat climate change and adapt to its effects.

Meanwhile, the author of COP27 Egypt, Lottie Limb said the UN Climate Change Conference has happened every year since 1995.

He said this summit is an important space for world leaders, politicians, experts and a whole host of other people to discuss the climate crisis on a global level.