Fa’abasua claims his suspension was a bad decision 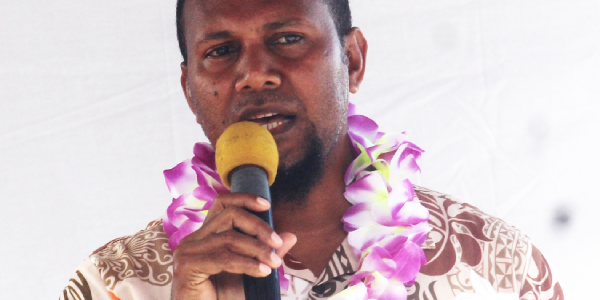 FORMER Malaita Provincial Secretary Fedrick Fa’abasua claims bad decision from senior government officials has led to his suspension which is costly for the government.

He was referring to the decision made by Permanent Secretary of the Ministry of Public Nego Sisiolo and Ministry of Provincial Government and Institutional Strengthening permanent secretary Stanley Dick Pirione to suspend him.

There was no formal investigation being conducted to justify their decision.

He said he was suspended without any formal investigation from the Ministry of Public Service until the end of his three-year contract which expired in May this year.

The former MPG PS viewed that his suspension was targeting at weakening the MARA government.

Instead, he said Malaita is the biggest victim of his suspension.

“It is sad to see how some senior government officials making bad decisions will only cost the government of the day in the end,” Mr Fa’abasua said.

“I was not working in the office for the past 14 months, yet I still received my full entitlements at the end of my contract.”

“It seemed the government sees fit just to pay people for doing nothing, especially at this time of covid-19 when the economy is reversing to say.”

“One thing clear is that my suspension from office is only aimed at weakening the MARA government from delivering the required services to its people, which is what a government should be doing.”

“It is the people of Malaita Province that has been the biggest victim to my suspension, as services that your government should have been providing were blatantly denied from reaching them,” he said.