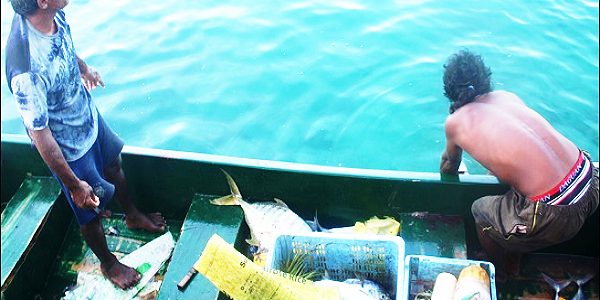 THE group of Shortland Islands in the far west of Western Province is expected to experience shortage of food supplies sold in small shops and canteens.

Reports reaching Solomon Star Gizo News Bureau overnight said most of them are running out of stock after cargo boats were stopped from sailing during Wednesday’s lockdown.

John Alisae, an elder for Toumoa village in Fauru said, the current situation is desperate because many of the people depend on food items sold through the canteens.

He said due to the lock down in Honiara last Wednesday, many cargo vessels that supposed to travel down to all Western ports including  Shortlands did not travel down.

Alisae said this has caused so much inconvenience to many the businesses and shop owners there who are trying to provide services to the communities.

“Many of the shops and canteen here in Shortlands are out of stock and really need new stock of cargoes to help fill back the shops.”

As a result, most of the shop and business owners in Shortland Islands have traveled across to Taro Station in Choiseul Province to buy more cargoes,” he said.

However, he added, with Taro being a small station it cannot cater for more supplies.

He said Taro residents also need cargoes to sustain them in the coming days.

With the travel restriction between islands, its giving a hard time for many villagers in the two provinces.

“This situation is giving us (Shortlands) a hard time especially shop owners and business individuals in trying to stock up cargoes,” he said.

He added, prior to border restriction people of Shortlands and Boungainville used to move across the border to trade.

“But now theres no movement and its affecting our people,” he said.

Alisae said, government should consider allowing movement of cargoes for now before allowing people to move.