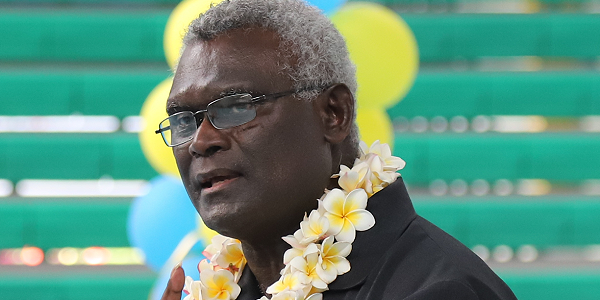 Speaking during the opening ceremony, Prime Minister Sogavare announced that this is the futsal home the Kurukuru team and everyone in the country has been longing for.

“Thanks to the Pacific Games 2023 for making way for us to have this futsal complex facility.

“Thank you too to the people and government of the Republic of Indonesia for this gift.

“This is our futsal home so we must keep it and make good use of it,” he said.

He said the cry for a futsal home has been answered.

He added the focus now should be on working hard and moving on to the next level in futsal.

Yesterday’s officially opening was marked with an exhibition match between the old Kurukuru and new Kurukuru teams.

Those who witnessed yesterday’s match were mesmerized by the skills and one touch game style displayed by the old Kurukuru players.