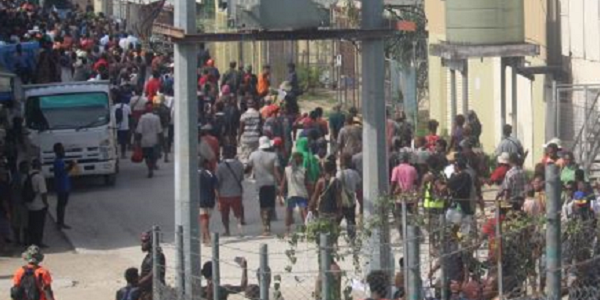 MEMBERS of the Malaita Provincial Assembly (MPAs) who avoided attending important meetings should have their seats declared vacant.

A man from West Kwara’ae Paul Gaeramoa shared his view stating MPAs who are absent from attending important meetings like the budget meeting should have their seats declared vacant for failing their mandated responsibility.

Mr Gaeramoa said there is no use having MPAs who did not attend important meetings at the Provincial Assembly.

“Such MPAs should have their seats declared vacant to allow their respective wards to vote a new eligible leader to represent their voices at the Assembly.

“We vote MPAs into the Provincial Assembly to represent us, either you with the executive or non-executive or PAC it is important to attend meetings.”

He said it’s sad to learn that MPAs in the opposition group deliberately failed to attend the budget meeting at the end of last year.

“This brings us to the question: what is your role as a voted ward leader when you clearly do not perform your duty.”

“Absenteeism from attending important meetings speaks for itself that you failed your duty and should make way for an eligible person to take up your position as MPA,” he said.

Mr Gaeramoa has called on the responsible authority to monitor MPA absenteeism in attending important meetings, where he said if those who fail to attend last year’s budget meeting fail again this time, they should be shown the exit door for not respecting their respective Wards and lack of performance.

With that, he said Malaita needs MPAs who are serious about their position as MPAs and not those who are just there to make up numbers in the Assembly.

He said all Malaitans wish to see is for things to move in the right direction for the province as currently visible through the MARA government leadership.