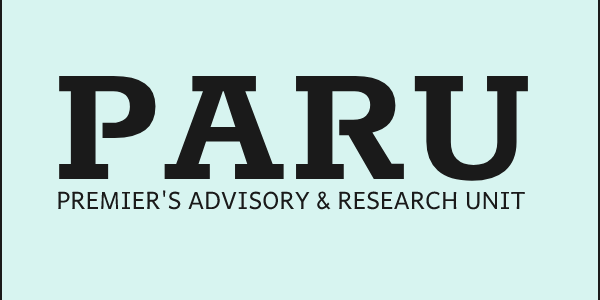 PARU hits out at GCU statement on US SCALE Program

PREMIERS Advisory and Research Unit (PARU) has confirmed that all the activities of USAID-SCALE are continuing without slowing down.

This clarification was made by PARU in response to disinformation by the Government Communication Unit (GCU) which has attempted to confuse the people of Malaita.

In a statement this week, GCU claimed that MFAET has no information on the USAID-SCALE project and tried to imply that it will not happen.

But PARU made it clear that SCALE has been happening and is continuing to happen.

PARU spokesman Richie Olita said “Winrock has already toured the wards in Malaita mainland except for MOI. GPTech has already visited sites in Gwaigeo and Malu’u and is looking to do that for Bina and Atori. We all know that USAID SCALE is already renting offices and employing people since the beginning of this year. USAID SCALE is flowing.”

USAID SCALE is the commitment of USD25 million to 5 components. All of these components are being implemented by private companies since the end of 2020.

These 5 components have employed Solomon Islanders to work in country because DCGA has blocked the entry of all the expatriates so far.

“DCGA is making the excuse that it is not aware of the project. But the PMO was represented by Bernard Bata’anisia at the all-SCALE meeting in Auki 2 weeks ago. And the PS of Ministry of Planning and her staff ran the meeting.”  Olita said.

At this meeting Bata’anisia was recorded as saying “Now we have heard everything, all that is left is for us to work together to make it proceed”.

Also PS Sulu from Ministry of Planning concluded with a statement that the meeting had been “Heart-warming.”

Olita reiterated that the 5 components are all active and continue to do their work despite the disinformation from GCU.

Olita said that all these companies employ Solomon Islanders and are already contributing to the livelihood of Solomon Islands professionals, there are team members from most of the Provinces in Solomon Islands.

“There are already more than 30 fulltime Solomon Islands employees that are working on these programmes and helping design development activities for our people. This is happening since last year 2020 even though DCGA has been blocking and delaying the arrival of expats. This is a good sign of how USAID is using local Solomon Islanders and making a difference through “direct implementation”.

He went on to say “Please GCU stop interfering with the desires of the people of Malaita for development. You in Honiara have been ignoring the plight of Malaita for decades, and now you are trying to stop our good friends from USA. This is wrong”.