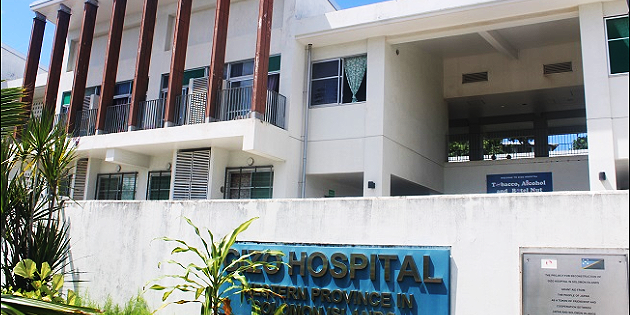 This was announced by Gizo Hospital Oversight Committee representative, who is also the Director acting for Western Provincial Health and Medical Services (WPHMS) Dr Michael Belande Buin on Wednesday.

He said by going into emergency mode will also free up some staff to response to community transmissions.

He said another change is for the vaccination centre at the Medical Compound to be moved to MSG Building.

“This is to conduct a fast track checkup when any individual feels unwell with flu like illnesses,” Dr Buin said.

He said patients who urgently need medical attention will be directed to the emergency facility.

“To those that do not need admission, there will be a fast track clinic set up in Gizo,” Dr Buin said.

The Gizo Hospital Oversight Committee also wanted islanders travelling within the islands of Western Province to Gizo to be monitored.

Meanwhile, a medical team including the swabbing team, IPS, doctors and other personnel left Gizo for Noro yesterday to conduct COVID-19 contact tracing on a person who recently made contact with one of the positive case from Ontong Java.

Result from the swab taken on the person will be made know tomorrow (20th January 2022) by the Western Province Government.