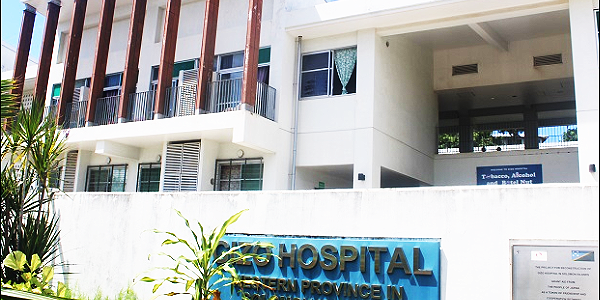 WESTERN Provincial capital of Gizo has recorded an increase of flu-like illness cases which has been declared an outbreak in the past week by the Ministry of Health and Medical Services.

Honiara, parts of Guadalcanal and Malaita Provinces have recorded a high number of cases a fortnight ago.

As a result, Minister of Health and Medical Services Dr Culwick Togamana has declared an outbreak for these three areas.

With increase traveling between the islands and provinces, the virus had spread to other parts of the country already. And Western Province is now taking its share.

Although there was no confirmation by the Western Provincial Health Authority that there is an outbreak, cases of flu-like cases are already circulating within the communities.

Already the Gizo Hospital has seen an influx of patients suffering from flu-like sickness which featured, sore throat, running nose, cough and headache.

As a result, many people have been visiting the hospital over the past days to get medical attention.

The flu had affected many families from children to their parents.

Most of those affected have been provided with medication while others have to undergo five days injection.

The public have been urged to take extra precaution by wearing masks and eat more local foods and drink more water.

However, the flu once it hits normally disappears after several days in most cases.

Already the flu has claimed a number of lives, who may have other underlying health conditions.

In Gizo, many students who are sick are unable to attend classes. Even some of the teachers are affected and as a result classes have been suspended.

Some schools have been forced to go on an early break.